New evidence submitted for an investigation into Google’s collection of personal data in the European Union reportedly accuses the search giant of stealthy sending your personal user data to advertisers. The company allegedly relays this information to advertisers using hidden webpages, allowing it to circumvent EU privacy regulations.

The evidence was submitted to Ireland’s Data Protection Commission, the main watchdog over the company in the European Union, by Johnny Ryan, chief policy officer for privacy-focused browser maker Brave, according to a Financial Times report Wednesday. Ryan reportedly said he discovered that Google used a tracker containing web browsing information, location and other data and sent it to ad companies via webpages that “showed no content,” according to FT. This could allow companies buying ads to match a user’s Google profile and web activity to profiles from other companies, which is against Google’s own ad buying rules, according to the FT.

The Data Protection Commission began an investigation into Google’s practices in May after it received a complaint from Brave that Google was allegedly violating the EU’s General Data Protection Regulation.

Google, Brave and the Data Protection Commission didn’t immediately respond to a request for comment. 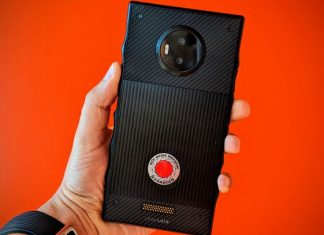 Rex Wong - March 14, 2019
0
To say the Hydrogen One phone has had its ups and downs would be an oversimplification. The phone by Red. the company behind high-end digital...

Three iPhones will have 5G in 2020, analyst predicts