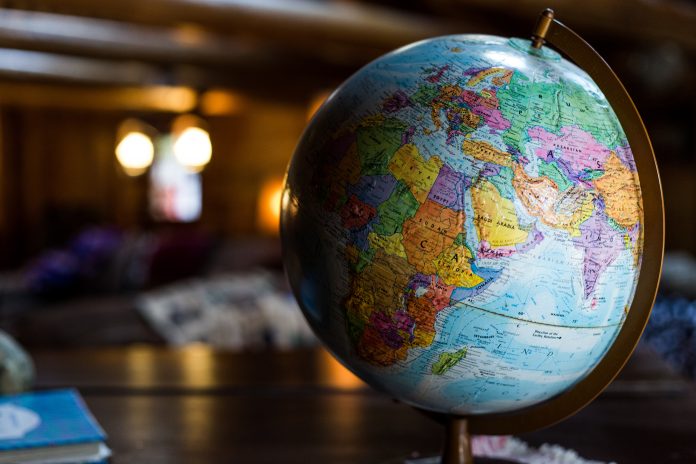 Thirty years ago Tuesday, 33-year-old software engineer Tim Berners-Lee submitted a proposal to his boss that would set the technology world on fire and usher in the information age.

Berners-Lee was working at the European Organization for Nuclear Research (CERN) outside of Geneva, Switzerland, in 1989 when he submitted Information Management: A proposal. It was a proposal to better manage and monitor the flow of research at the labs, but within its pages were the underpinnings for what would become known as the World Wide Web.

Google, which was made possible by Berners-Lee’s invention, on Tuesday marked the technology milestone with an animated Doodle featuring pixilated letters reminiscent of the crude, block graphics that were common on early web pages. The image of a globe slowly renders on the desktop computer’s monitor as a reminder of the slow download speeds that hobbled our experiences in pre-broadband days.

The whole thing began when Berners-Lee grew frustrated that CERN was losing track of valuable project information because of personnel turnover and incompatible computers people brought with them to the office.

“When two years is a typical length of stay, information is constantly being lost,” he wrote. “The introduction of the new people demands a fair amount of their time and that of others before they have any idea of what goes on.

“The technical details of past projects are sometimes lost forever, or only recovered after a detective investigation in an emergency. Often, the information has been recorded, it just cannot be found.”

In his annual letter on the web’s birthday, Berners-Lee on Monday expressed optimism about what can be achieved in the next thirty years.

“Given how much the web has changed in the past 30 years, it would be defeatist and unimaginative to assume that the web as we know it can’t be changed for the better in the next 30,” he said.

There are nearly 2 billion websites today; as a platform for socializing, shopping, gaming or watching videos online, it’s hard to imagine getting along with out it.

Uber hit with new lawsuit on whether its drivers are employees