A Business Insider report on Wednesday, citing “people familiar with the matter,” said the decision has been made as the regulatory situation in the U.S. is still a gray area when it comes to cryptocurrencies.

However, per the sources, the banking giant hasn’t abandoned the idea completely, but is rather pushing the possibility lower down on its priorities list and could still move to open the desk at a later date.

Further, Goldman Sachs’ plan to start offering a cryptocurrency custody service is apparently still on the table, with Business Insider citing the need for “reputable custody offerings” to bolster confidence around involvement in cryptocurrency at Wall Street firms.

As reported by CoinDesk, the bank was first revealed to have an interest in a crypto trading venture back in October 2017, though it was said to be in the very early stages of exploring the idea.

In May, however, it was also suggested, once more via anonymous sources, that it would use its own money to trade bitcoin futures products from Cboe and CME on behalf of its clients. Goldman was also preparing to launch “its own, more flexible version of a future, known as a non-deliverable forward, which it will offer to clients,” according to the New York Times at the time.

The latest piece of Goldman’s crypto jigsaw came into place in early August, when it followed up the futures plan with the possibility of a crypto custody service aimed to protect institutions’ holdings from hacking and accidental loss.

So far, though, little has been said publicly by the bank on these potential moves into the crypto space. In fact, the bank has previously been somewhat skeptical about cryptos, warning investors in January that they were “in a bubble.”

The UK’s Push for a Future in Crypto: This Week’s Top... 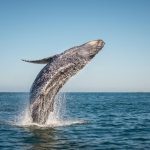