The final season of Game of Thrones scored a record number of Emmy nominations, but it also has over 1.7 million fans petitioning it to be remade. Was it really that bad? Polling firm YouGov has taken it upon itself to reveal important, unexpected truths about the viewer split.

The survey revealed a stunning 52% of its partakers who watched season 8 were either “satisfied” or “very satisfied” with it. Just 41% said they were dissatisfied, while the rest sat on the fence.

The opinion poll, run between Aug. 21 and Aug. 23, involved 2,475 US adults online who’d signed up to partake in YouGov’s broader survey about the upcoming Emmys. Interestingly, of these survey-takers only 18% said they’d watched every episode of Game of Thrones. Eleven percent said they’d never even heard of it.

Game of Thrones vies for Outstanding Drama Series against Better Call Saul, Bodyguard, Killing Eve, Ozark, Pose, Succession and This Is Us at this year’s Emmys. YouGov asked its survey-takers if they think Game of Thrones deserves to win. Eighteen percent thought so but 48% — ¯_(ツ)_/¯.

Check out the riveting results of the survey here and catch the Emmys Sept. 22, airing 5 p.m. PT on Fox. 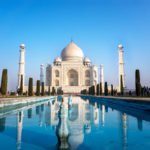 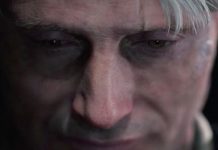