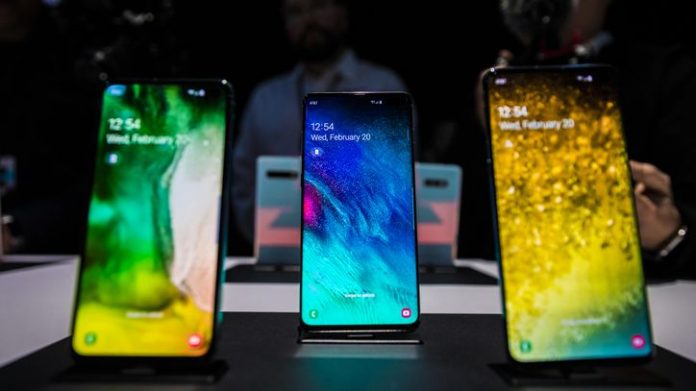 Samsung’s Galaxy S10 phone is here, and its list of cool features — in-screen fingerprint reader, wireless charging of other devices, an actual headphone jack — is enough to make a phone geek’s heart pound with excitement.

As a display geek, however, my eyes are drawn to the biggest and perhaps the un-coolest part of the phone: its screen. Just like it does with every new phone, Samsung touts the the screen on the S10 as its best ever. This year it busts out more screen tech buzzwords than ever, each more arcane than the last.

We haven’t tested the phone yet or really seen its screen in person to compare, but as a TV reviewer (and longtime Samsung phone owner) I have seen many of those buzzwords before.

Here’s a cheat sheet with Samsung’s latest such words use on the S10, and what they mean. I’ve listed them in order from most- to least-important, as determined by my reading of Samsung’s display deep-dive.

Dynamic AMOLED: Samsung’s previous phones used the marketing term Super AMOLED, and so far it’s unclear exactly why they switched to Dynamic — beyond the fact that it figures into HDR and Dynamic tone mapping (see below), and it sounds cool. AMOLED is a real thing though. It stands for active-matrix organic light-emitting diode, and is one of two screen types used in phones today — the other is LCD (just about every OLED phone screen is active matrix, so just ignore the “AM”). By most measures of image quality OLED is better than LCD, in part because it can achieve an absolute shade of black, which improves contrast.

Forget “Dynamic” and “AM” then: the OLED nature of the S10’s screen will, as always, be the most important contributor to its image quality. Just like with TVs.

1,200 nits peak luminance: Nits are a measure of light output, and 1,200 of them is hella bright. High-end LCD TVs can exceed that amount, but even OLED TVs can’t. I’m betting Samsung achieves that number for short periods in a tiny portion of the screen, but even so, I expect the S10 to be the brightest OLED phone yet — which should help not only with HDR video, but more importantly in a phone, visibility in bright sunlight. Samsung’s newer OLED phone screens have also been very good at dealing with reflections, another major factor in bright-light performance, and I expect the same from the S10.

100 percent mobile color volume in the DCI-P3 color range: This means the phone should have a wide color gamut for more realistic colors. The P3 color gamut is standard for HDR (high dynamic range) and many new TVs come close to covering it — the closest I’ve measured is 99 percent on LG’s OLED models. 100 percent color volume refers to covering that gamut at every brightness level, something I don’t even measure in TVs. In my visual tests differences in color volume have only been visible in the most extreme colors. Paired with a “0.4 Just Noticeable Color Difference (JNCD) score,” in DisplayMate’s tests, I expect the S10’s colors to be extremely accurate and realistic in the best screen mode(s).

Blue-light emission of 7 percent: Excessive blue light from screens can keep you awake — by signaling the brain to stop producing melatonin — and may even contribute to blindness according to one report (here’s our explainer). Samsung says the screen of the S10 lowers “the percentage of the blue light coming out of smartphone OLED panels from 12 percent to only 7 percent, a threshold never before reached in the marketplace. Moreover, the new OLED display emits 61 percent less blue light than most conventional LCD displays in smartphones today.” I’m curious how it can do that and maintain 100 percent DCI-P3 color gamut. Samsung Display also intends to bring its blue-light-reducing tech to other small screens, including a 15.8-inch OLED laptop screen.

HDR10+: This is the first phone in the world to support HDR10+, the third-most-popular (at best) high dynamic range format, and one championed primarily by Samsung itself. HDR for displays — not to be confused with HDR for photography — improves image quality by boosting highlights to make them look more realistic, widening color and more. Standard HDR10 and another format called Dolby Vision are more widely available, while HDR10+ is currently only available from Amazon Prime video, namely its original series. In my comparisons on TVs it’s been tough to differentiate between the three in many cases. Here’s how they compare.

Dynamic tone mapping: With HDR for TVs tone mapping refers to changing the incoming video to best match the capabilities of the display. Doing it dynamically, where a video processor analyses and adjusts the image scene by scene, in theory allows the best possible HDR effect. Samsung’s description sounds similar to TVs with this feature, including LG’s OLED models. Turning it on can achieve a punchier image while leaving it off keeps the image as the content producer intended. Video purists typically leave it off.

On paper and based on Samsung’s previous phone displays, the S10 could indeed be the best yet. We’re looking forward to seeing that screen in person soon and comparing it to other phones in a full CNET review. 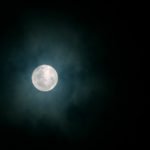