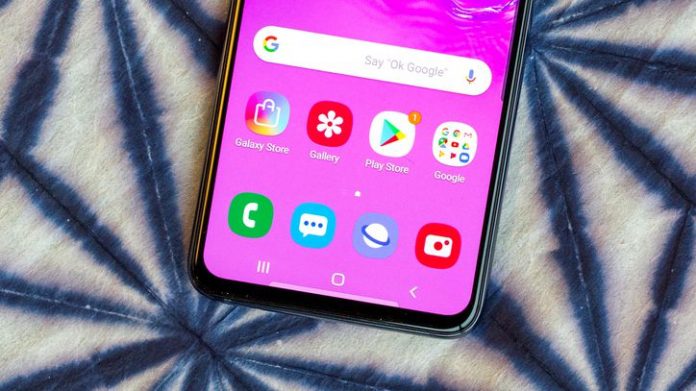 I’ve been reviewing the Galaxy S10E since Tuesday afternoon, sharing my thoughts on photos, screen quality, the new fingerprint reader and the camera quality. So far, I see a 5.8-inch powerhouse of a device in a much smaller package than most of the phones you can buy today. (After all, the small phone is dead.) I really like the Galaxy S10E. For some, its design might be even more appealing than the $1,000 Galaxy S10 Plus, which I reviewed last week. But even after all the time I’ve spent with it, I still have a little to learn.

A good review takes a solid week. I’m at the point where I have a good feel for the S10E’s personality and quirks. I know that it’s easy to carry around and use one-handed, but slippery when left to its own devices. I know that its camera quality is excellent and that its new fingerprint reader is mostly good, but leaves you a little to get used to.

What I still have to nail down is how good the battery life is both in real-world tests and in our looping video drain test (in airplane mode), and how all the specs and intangibles compare to the competition, especially the $750 iPhone XR and the $550 OnePlus 6T.

Comparing specs on paper is one thing. Weighing the real-world phones is another, because you’re working with a delicate balance of preference, performance and the ultimate value for your money. While my third video drain test is chugging along (there was enough of a difference between the first and second to warrant running a third), here’s how the Galaxy S10E is building its case to be a top-value flagship phone.

Read: Galaxy S10 phones on sale today. How to buy them, and if you should

What is the Galaxy S10E?

The Galaxy S10 E is Samsung’s $750 model, which is the smallest, cheapest, and least decked-out of Samsung’s five recently announced phones. It’d be tempting to think of the S10E as the runt of the litter, the phone to overlook unless you’re guided more by price than by advanced specs, but from what I see so far, the S10E is a strong phone in its own right.

Unlike the Galaxy S10 Plus, the S10E is meant to give you literally the essentials. That’s what the E stands for in the first place. There’s “only” one camera on the front and two on the back. Its sides are straight, not curved. There’s a smaller battery, no in-screen fingerprint reader and a lower screen resolution. But the S10E shares a lot of DNA with the pricier S10 phones, including Qualcomm’s Snapdragon 855 chipset, Android Pie with Samsung’s OneUI on top wireless power sharing and a 128GB starting storage size with up 512GB in external storage.

Samsung’s play here isn’t for the S10E to compete with the Galaxy S10 Plus, S10 5G or fantastical, foldable Galaxy Fold. The S10E might snatch some sales from the “regular” Galaxy S10, but again, I think the bigger play here is to disturb OnePlus 6T and iPhone XR sales by offering a Samsung alternative in the same price range.

Spec for spec, it’s already better than the Galaxy S9 in every way, for less than the S9’s initial starting price. Now let’s see what its wins and losses are so far. Keep in mind that my impressions are bound to change as I keep using and testing the phone.

This is an ongoing review that will frequently update, so keep checking back.

I have relatively small hands, but I’ve grown used to the Galaxy S10 Plus’ size. Before testing that device, I used the Galaxy S9 Plus on and off for a year. Compared to the Plus phones, the Galaxy S10E feels delightfully small and light, but still gives you a 5.8-inch screen by shrinking down the bezels.

The sides here are thinner than on the other Galaxy S10 phones, but feel thicker, probably because they’re straight instead of tapered. But that uniform shape — plus the smaller body size — makes it easier for me to grip. The glossy glass planes are still slippery (Gorilla Glass 5 on both front and back), but I feel like I have a firmer hold on the phone.

I love the more immersive look of the other Galaxy S10s’ rounded corners, but so far the flat screen is just fine. I suspect it’ll even solve a minor problem I have with correctly placing my cursor in a text field when it falls on those screen curves. Also, you still get use of the Edge screen tab that can serve as a speed dial for opening your favorite apps and contacts from any screen, which I find to be a plus.

Galaxy S10 Plus is an everything phone

Taking photos one-handed: For my smaller hands especially, the Galaxy S10E was a relief to use when snapping photos. With the S10 Plus, I have a tendency to hold the phone steady with two hands and then quickly dart in a finger to focus when auto-focus isn’t reading my mind, or sometimes, the tip of my nose. I don’t have to tell you how embarrassing it is to peck your phone screen like a bird, but I know I can’t be the only person to do this.

The S10E is small enough to hold steady with one hand and focus with the other, if need be. Samsung’s Shot Suggestions software also attempts to make things easier for you by automatically taking a photo when you line up the shot along a suggested guide line.

Typing: The 5.8-inch screen is anything but small, though typing will feel more compact than on a larger screen. Coming from the Galaxy S10 Plus’ 6.4-inch display, the S10E’s digital keyboard feels “small,” but if you’re coming from a phone with a similar-size display, you won’t notice much difference, if any.

Still getting used to the fingerprint reader in the power button

The power button is actually one of my favorite places for a fingerprint reader because, for right-handed people at least, it falls in a natural place that’s easy to reach and requires little straining or guesswork. Samsung gives you the option to unlock the phone with a soft touch, rather than making you press down on the button, which spares some repetitive stress.

So far it’s worked well for me, better than the in-screen fingerprint reader on the Galaxy S10 Plus. My one complaint so far is that the placement seems unusually high, at least for my grip. I’d be happier if it scooted down a a quarter of an inch. I’m still getting used to the phone, so the placement might stop bothering me going forward as muscle memory takes the wheel.

Bu unlocking the phone isn’t the only thing you use the fingerprint scanner for. I also paid close attention to three more scenarios.

Capturing a screenshot: This felt awkward. The power/fingerprint button doesn’t stick out like the volume rocker or Bixby button on the other spine. It indents so it’s more like a trough, and that means you have to work harder to push in the power button while also pressing the Volume Down key to take a screenshot. It’s hard to explain, but the buttons feel different, and so the action feels uneven and uncertain, like maybe you’re not doing it right. I did it right each time, but probably pushed harder on the fingerprint scanner than I needed to, just to make sure.

Launching the camera app: One of my most-used features is double-tapping the power button to launch the camera app for a quick photo. Once again, since the power/fingerprint reader button inverts, you have to work just a little harder to launch the camera app than you do mashing down a button that sticks out from the phone’s side. So far, though, I haven’t missed a shot because of it. Then again, I’ve mostly been taking photos of inanimate objects and patient people.

Using Samsung Pay/Google Pay: I use mobile payments regularly, particularly Samsung Pay. So this morning I fired it up on the Galaxy S10E to see if the placement of the fingerprint reader helps or hurts. In this case, I so prefer tapping the S10 Plus’ in-screen fingerprint reader because it’s easier to reach, but I wouldn’t say I had a problem authenticating my thumbprint on the S10E. I just had to reach up a bit farther. For me, they both beat the Galaxy S9’s capacitive fingerprint reader on the back, which requires you to blindly find the reader in order to make a mobile payment. I find it’s easier to miss what you can’t see.

Photos and selfies seem on track for taking basic shots

Samsung did a really smart thing in giving the S10E the same main cameras as the S10 and S10 Plus on the back and front. Here’s what you get:

You won’t get the 12-megapixel telephoto lens or second 8-megapixel selfie lens on the Galaxy S10Plus, but you can still switch among two different lens views for each camera, and take Live Focus portrait shots for that Bokeh-style depth effect.

I’ve only taken a smattering of photos so far, but image quality appears to be very similar to the Galaxy S10 Plus in the basic automatic photos I’ve taken. Of course, there’s no telephoto lens for a quick 2x closeup, and perhaps selfies won’t be as nuanced. But the pictures I’ve taken indoors and outdoors are the same high quality I expect, and the main camera should perform identically in low light mode.

Screen quality: On paper, the S10E’s screen resolution shouldn’t be as good as the Galaxy S10 Plus’. Pixel density is significantly higher on the S10 Plus (522ppi versus 438ppi), but with screen brightness cranked to max, and the adaptive brightness on for both phones, I’m hard-pressed to tell much difference when looking at the phones side by side.

I scrolled through websites, watched a downloaded Netflix video and zoomed in on HD photos. If anything, blues are a little brighter on the S10 Plus, and a bit darker on the S10E. Yellows and reds are warmer and more saturated on the S10E. You won’t lose appreciable quality by going with the S10E.

Speed: I ran the usual battery of performance tests, which includes Geekbench 4 and 3DMark Ice Storm Unlimited and Slingshot Unlimited. Since the S10E shares the same Snapdragon 855 processor as my S10 Plus review unit, the benchmark speeds are all within striking distance of each other. Ditto real-world performance so far. Note that S10 phones in some regions use Samsung’s Exynos chipset. 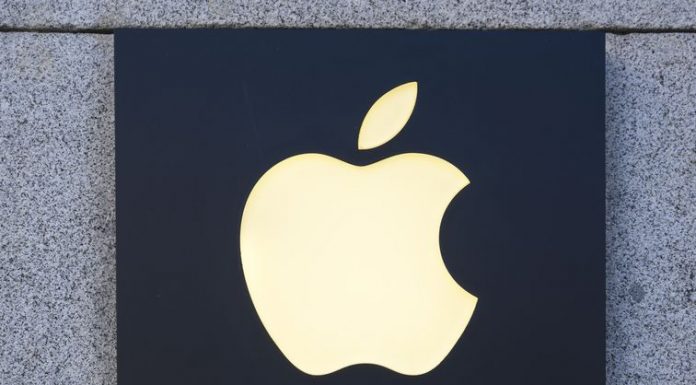 We asked the world’s biggest YouTubers if they support a union. None do