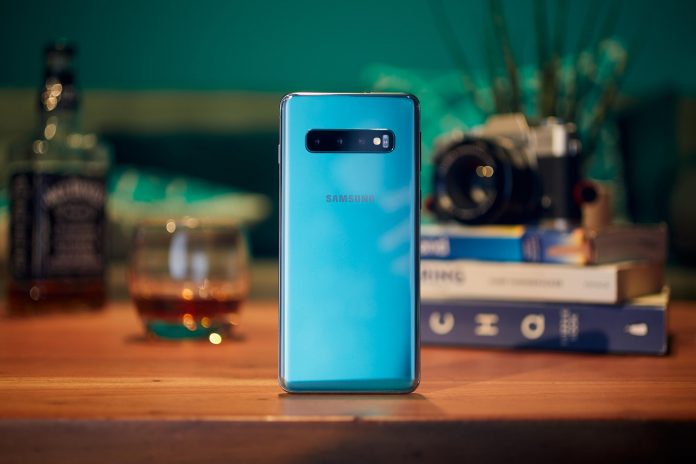 The Galaxy S10 Plus and I have had a whirlwind relationship so far. We’ve just barely met, and already it’s seldom left my side as I flew from Samsung’s Unpacked launch event to Mobile World Congress in Barcelona, the world’s largest smartphone show. My first day with the Galaxy S10 Plus was largely about getting to know each other on the airplane. Finally, my first “day” in Barcelona, I had a chance to take it for a spin around one of my favorite European cities.

The more time I spend with the GS10 Plus, the more I like it. Most of it. The ultrasonic in-screen fingerprint reader and I are having some tension. And the tons of camera features and I are still circling each other, trying to decide if we’re frenemies or just fast friends.  I don’t care for all its fashion choices. But mostly, the Galaxy S10 Plus has some nice surprises that augment what we already knew.

I’ve already taken a couple dozen photos and video clips. I’ve explored the menus within the Settings menus and discovered a ton of features and featurettes that I’ll share soon. (Getting used to these things take time.) I’ve also charged my dying Galaxy S9 Plus from last year via the charging pad on the back of the Galaxy S10 Plus while switching my credentials over to the new device (it works!), and whipped up a new AR Emoji of myself and two colleagues using Samsung’s updated engine (it’s a lot better, but still needs work).

A solid phone review takes about a week to really test out the hardware and software specs, especially the camera and battery life. For example, the Galaxy S10 Plus’ 4,100-mAh battery ran for over 21 hours on its first looping video drain test in airplane mode, so that already requires days of testing. Quirks also tend to make their way to the surface over time.

Still, I know you’re as anxious as I am to see how well the Galaxy S10 Plus performs, with all its exciting new features: the in-screen fingerprint reader (it’s iffy so far), the three rear cameras and two selfie lenses, the Snapdragon 855 chipset and the new hole punch in the screen. Hence, this ongoing review is where I can share some of my impressions and experiences before we’re ready to apply a final rating. Hopefully I can answer some of your early questions. Keep checking back daily for frequent updates.

Lovely to look at, but a slippery devil

Samsung is partial to glossy finishes that reflect light in unusual ways. My review unit is the 128GB version in Prism White, and it definitely reflects iridescent shades of pale blue and pink in the light. This color is nice and subtle, unlike the bolder Flamingo Pink, Canary Yellow and Prism Blue.

Right away I noticed that the phone is rather slippery. It’s shot out from between my fingers several times, usually landing on my purse, a table or my lap. I like to review phones the way they emerge from the box, but I’m going to want a case for this one.

The Galaxy S10 Plus has an Infinity-O “notch” that’s really a hole cut in the display to make room for two cameras. Its oval shape attracts more attention than the single lens of the Galaxy S10 and S10E, but I’m not really a stickler for notches anyway. More to the point is the feeling of having a large screen with slim bezels. It all sort of blends into the background, not calling too much attention to itself. What I see is what I don’t see, if that makes sense — and that’s a good thing.

If you don’t like anything marring your view of the screen, however, then you might not want two camera lenses at all.

Android Pie and One UI

One thing I did notice right away is the new One UI design that follows much of the look and feel of Android Pie. Icons are large, flat circles that take a while to get used to since many of the designs have changed, from the color of the Gallery icon to the shape of the Galaxy Notes app. I mean it: these icons are huge. I pretty immediately switched to a smaller icon size (therefore, a larger app grid on the home screen) to fit in the apps I like to access without digging through folders.

Some of the changes with One UI are appreciable early on, like larger “cards” that make it more comfortable to read what’s going on without making you crane your neck or squint.

I also noticed a mode in the notifications setting called Kids Home, which opens a parent-protected profile/walled garden for kids to take photos and download apps. Young kids, that is. (Older ones would roll their eyes and scoff, then find out the password and change all your language settings.) It’s the first time I’ve seen it as a quick settings toggle.

I accidentally needed to use the new wireless power-sharing feature when I noticed that my Galaxy S9 Plus was down to 7 percent and going to die while I was still setting up the Galaxy S10 Plus. I was at dinner, with my cables in my hotel room, and hey, this is exactly what the feature’s meant for. So I turned it on and flipped it over and watched my battery climb back up to a barely healthy 13 percent.

Since the phones were back to back, with the Galaxy S9 Plus facing up, I could still tap and type away, as long as I was careful not to shift its position on the Galaxy S10 Plus’ back. I’m happy with this one so far.

Jury’s still out on the ultrasonic in-screen fingerprint scanner

Oh, the fingerprint reader. Getting biometrics right is so hard. They’re often hard to authenticate the first time, not accurate enough, in the wrong place, or just not secure. The Galaxy S10 Plus’ ultrasonic in-screen fingerprint sensor has been hit or miss for me so far. It uses Qualcomm’s 3D Sonic Sensor, which is supposed to be extremely fast. I even made an in-depth video about how it works.

But so far — and this is, again, very early days — I’m not getting the phone unlocked on my first try, and it’s definitely taking more than Qualcomm’s “less than a second” promise. Of course there could be legitimate reasons for that, like Samsung’s software and hardware working with Qualcomm’s component and making sure the unlock protocols really are secure (Samsung uses its Knox security software).

Still, my usual tricks haven’t been working so well. You’re allowed to scan a total of four fingers, so I scanned my right thumb twice, my left thumb once and my right index finger. Mostly I unlock the phone with my right thumb. Even after the double-scan, I’m still only getting in about 50 percent of the time. The other times, I’m either not hitting the target completely, or not pressing long enough or not pressing hard enough — I’ve seen error messages telling me to apply more pressure.

I’ve had more luck when I go slower. However, since my IT department requires a 1-minute screen timeout on any device where I’ve loaded up my work email, I’m unlocking this phone a lot, and all these second, third and even fourth attempts at unlocking the phone with my thumb are getting pretty old.

We read that other reviewers have seen an option to remap the Bixby button on the side of the Galaxy S10s to open other apps. I’ve gone to the same settings menu on my review unit, and it’s just not possible. I wish I had more to tell you, but I’ve asked Samsung for the deets.

How about the camera?

Testing a camera is a massive undertaking in itself, and Samsung has added a lot of parts. There are the new features we already knew about, like switching among the camera lenses on the front and back, and toggling scene optimizers on and off. And then there are some features and featurettes I’ve discovered.

Many more on those in a bit, but here’s a taste:

In the meantime, you can see a few photos I took during a pre-airport stroll in San Francisco and on my first day in Barcelona:

I’m particular about alarms and the way alarm clocks look, and last year I had a lot of critical things to say about the Galaxy S9 Plus’ alarm clock, especially the way that it ambushes you with loud, robotic-sounding Bixby readouts if you don’t override them. A very rude awakening for me.

This time around, the alarm app is more logically laid out. There are new alarm tunes as well, and I had a tough time choosing one. I prefer soothing, organic sounds like guitars and or gentle wooden chimes more than anything jangly and tinny. However, nearly every one of the 27 tones is space-themed in just the wrong way to spike my senses.

I ultimately chose “Sunlight” and woke up just fine.

Well, it’s about time to take off for Barcelona and MWC 2019, but I’ll be using the Galaxy S10 Plus all the while, and updating this story with new impressions as I discover them. Stick with me!

Galaxy S10 vs. iPhone XS: How do they compare? 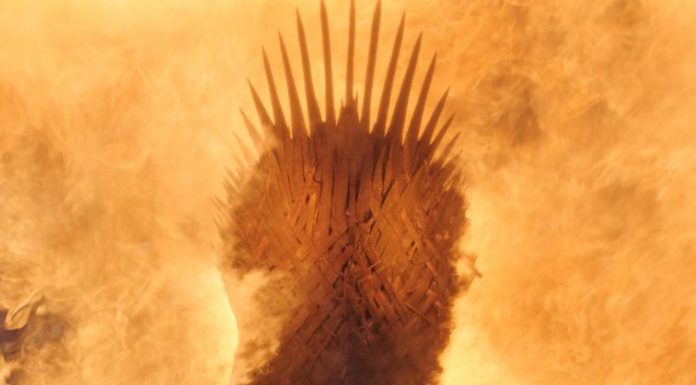