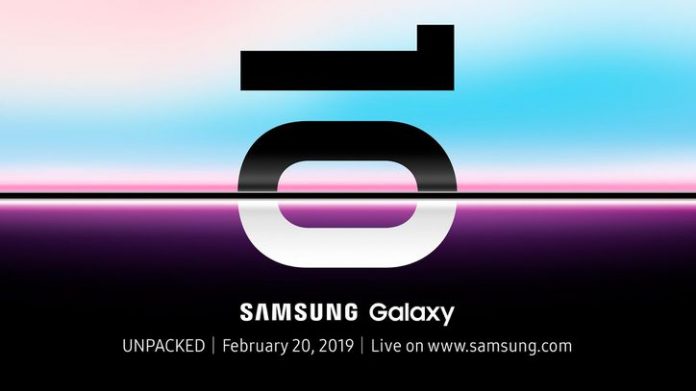 Next week Samsung will announce a handful of new products — and if the rumors and leaks we’ve seen are correct, there’s plenty to look forward to.

Nothing has been officially confirmed, but we expect a new Galaxy S10 with a hole-punch notched screen and a Galaxy S10 Plus with three-rear cameras. There should also be a budget Galaxy S10E to rival Apple’s iPhone XR and Galaxy Buds to rival Apple’s AirPods. And, for good measure, there’s the 5G Galaxy phone and a sneak peek at the Samsung’s foldable Galaxy X phone.

However, we won’t know for certain about any product until Samsung’s Unpacked event on Wednesday Feb. 20 at 11 a.m. PT in San Francisco, CA.

You can watch Samsung’s livestream here:

The 2019 event will be at the Bill Graham Civic Auditorium in San Francisco. CNET will be on the ground to cover the announcements live.

Video livestream: Join Bridget Carey, Iyaz Akhtar and Scott Stein from our studio in New York for real-time coverage and analysis before and after the event. You can watch embedded above, or here on YouTube.

Here’s what Samsung is expected to announce:

We thought Samsung would save the launch of its foldable “Galaxy X” phone for MWC the following week — but, no. The company has unveiled a teaser video that we’ll see its flexible model on Feb. 20, too.

Those are just some of the possibilities. Check out our full event preview for more details