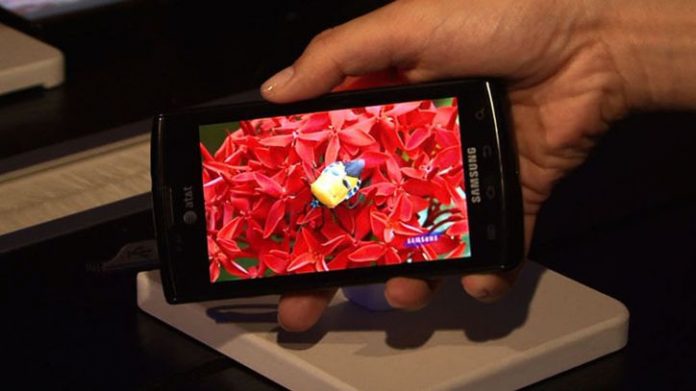 As we await the release of the Galaxy S10 on Wednesday, the Galaxy S name represents the top of the Android world. It’s a reputation Samsung is proud to own for its flagship phone, and rightly so. But in 2010, you may not have even known you were buying a Galaxy S at all. When it went on sale, the Galaxy S was just another Android phone fighting for attention in a crowded field.

It’s a different world since Samsung introduced the first Galaxy S phone nine years ago. Flip phones are nearly gone from the Earth, “smartphones” are now just phones, and making a call is an afterthought, if you happen to make calls at all.

Top 5 things we want to see in the Galaxy S10

Importantly, the first Galaxy S wasn’t a single phone. Though it landed at all big four US carriers around the same time, it was split into four personalities, one for each carrier. These names sounded straight out of a motivational seminar (the Captivate! the Fascinate!) and features varied slightly between the models.

Sprint’s phone went so far as to add (gasp!) a physical keyboard, while the other three were candybar designs. It was a thing carriers did at the time — stand apart from your rivals by marketing a unique device that only you had — but the result was a perplexing experience for customers. (Overseas customers had it easier — it was just called the Galaxy S.)

At the base level, the US phones shared a few things — each had a 5-megapixel main camera, a 4-inch Super AMOLED display, a 1GHz Samsung-made Hummingbird processor and a 1,500mAh lithium ion battery — but deeper down, customers had to make a decision. Camera flash or no? Do I want a mobile hotspot? How much memory do I need? As I said, it was a mess. Here’s how it broke down.

The first Galaxy S variant to go on sale in the US, T-Mobile’s version had about the same specs as the global edition. Though it had the sleekest design of the four, the plastic skin felt cheap and much too slick. Running Android Eclair and Samsung’s TouchWiz (remember that?), it also came preloaded with Amazon Kindle for Android, MobiTV, Slacker Radio, a month of free Gogo in-flight Wi-Fi access and Samsung’s Media Hub. You even got a full-length copy of Avatar. I see you.

Going on sale in July, just days after the Vibrant, the Captivate was easily AT&T’s best Android phone to date. On the outside it has a sturdier build than the Vibrant, though it was more angular. Like the other Galaxy S phones, it debuted with Android Eclair and Samsung’s TouchWiz, but AT&T wonderfully kept the carrier bloatware to a minimum. Hardcore Android fans, though, wouldn’t have liked that AT&T restricted them from sideloading apps not in the Android Play (then called the Android Market).

Arriving in August, the Epic 4G had two things big going for it: 4G data (surprise!) and a slide-out physical keyboard. OK, Sprint’s WiMax network wasn’t a true 4G technology, but the data speeds it delivered were fast for the time. The real keyboard was not unique in 2010 — it would be a few years before the touchscreen truly ruled — but Sprint’s (and Samsung’s decision) to strike its own design path muddied the Galaxy S waters. Naturally, it also was the bulkiest of the four. It also had Android Eclair and Samsung’s TouchWiz and a fair amount of Sprint-only apps.

The last of the original Galaxy S phones to hit stores, the Fascinate was Verizon’s first Samsung Android phone. It ran Android Eclair, as well, and came with (of all things) Microsoft’s Bing Search and Bing Maps. As this was also the era of carrier-driven content and services, it also arrived stocked with V Cast Music and Video and VZ Navigator. Add in Samsung’s TouchWiz and it almost makes you wonder whether it was really an Android phone at all.

The next year, Samsung and the carriers didn’t make it easier with the Galaxy S2. No one added a keyboard this time, but the screen size, processor speeds and even the names varied between the different models. AT&T kept the Galaxy S2 label, but Sprint had the Epic 4G Touch, T-Mobile had the Galaxy S 4G. Finally in 2012 with the Galaxy S3, this dreadful trend stopped. From then on, the phone (and its name) was the same across the carrier board.

The Galaxy S10 may wind up coming in multiple models like so many Galaxy versions before it, but the days of one brand-new phone for each carrier are thankfully far behind us. On Wednesday we’ll know for sure.