Samsung’s revamped Galaxy Fold is here, but if you were hoping for one of the flashy green or blue models, you’re out of luck.

Samsung on Thursday said the Galaxy Fold will be available in space silver and cosmos black when it arrives in Korea on Friday. It’ll reach the UK, France, Germany and Singapore on Sept. 18 and the US afterward. Black and silver are the only colors launching globally, a spokesperson confirmed.

The company worked on foldable displays for years before showing anything to the public. It demonstrated a flexible OLED screen at CES 2013 and gave the first glimpse of the Galaxy Fold at its developer conference late last year. It officially unveiled the Galaxy Fold at the beginning of its Unpacked Galaxy S10 launch in February and planned to launch it April 26.

But after using the device for only days — or, in some cases, hours — during a short review period in mid-April, several technology journalists reported issues with their devices. Some peeled off a thin top layer on the display, which was an essential protective coating, not a removable screen protector. Others had detritus get under the screen itself, causing bumps and bulges. Samsung canceled the release date to explore what happened.

Samsung — and pretty much everyone else — is having a tough time selling high-end devices. Phone prices are increasing, and people are upgrading less often. If someone’s buying a $1,000 phone with all the bells and whistles they can imagine, they tend to hold onto it longer than before. In the US, consumers now upgrade to a new model about every three years instead of every two. At the same time, software updates make old phones feel new, hardware designs aren’t changing much from year to year and less expensive devices are getting features previously found only in pricey flagship phones.

Foldable devices and 5G are seen as two things that could revitalize the smartphone market. They’re both viewed as the future of mobile, even though the rollouts haven’t been smooth. This year, the Fold is mostly for early adopters who want to play with the absolute cutting edge innovations in mobile. Eventually, foldable displays will move down the lineup and drop in price, becoming an option for more of us.

The Galaxy Fold has a 4.6-inch display when folded, and a separate 7.3-inch display when unfolded into a tablet. It starts at $1,980 (about £1,500 or AU$2,800) and comes in four colors: cosmos black, space silver, martian green and astro blue. You’ll be able to start using apps like Flipboard on the small, front display and then pick up where you left off when moving to the big, inside display. 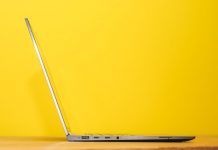