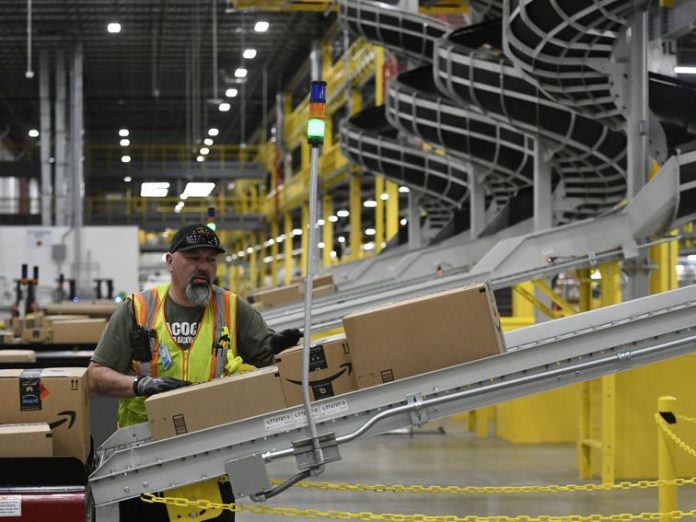 A federal probe into Amazon’s market dominance is reportedly underway.

The Federal Trade Commission has started interviewing small businesses that sell products on Amazon, asking them how much of their business relies on Amazon, Bloomberg reported Wednesday, citing three merchants who’ve been interviewed.

The Wall Street Journal earlier this year reported that the FTC and the Department of Justice agreed to divvy up antitrust investigations into big tech companies, with the Justice Department looking into Google and Apple, while FTC will investigate Facebook and Amazon.

Amazon and the FTC didn’t immediately respond to a request for comment Wednesday.

These companies are now facing multiple investigations, many that are just getting started or were just announced, by  Congress, US attorneys general, and the FTC and Justice Department. These investigations are all looking into potential monopolistic practices, such as using their huge platforms to stifle competitors.

Google under investigation over its digital ad business

The FTC’s interviews of Amazon merchants appears to signal the early stages of a broad investigation into Amazon’s business practices, Bloomberg reported.

Amazon for years has faced criticism for allegedly pushing around smaller businesses and for gobbling up its competitors, like Zappos and Diapers.com. Smaller merchants on its site have often stated that they have few alternatives to Amazon, such as eBay and Walmart, making them increasingly reliant on the whims of Amazon.

Additionally, smaller merchants have complained that Amazon tends to copy their products by making private-label versions of them, making it harder for them to compete on Amazon’s marketplace. Amazon executives have said that private labeling is a small part of its business and that they don’t use smaller merchants’ data to determine what individual private label items to make.

Colman Ma - September 4, 2018
0
Lingerie Tycoon’s $80 Million ICO Flounders, Raises $7 Million in Total The journey of EQUI Capital’s ICO has been a wild ride from the day...