Get ready to let it go again. Disney has revealed new details about Frozen 2 — namely, that Evan Rachel Wood will play Princess Elsa’s mother in flashbacks.

Frozen 2 was one of the many movies previewed at the Disney D23 event in Anaheim, California, this weekend, alongside Pixar’s Soul and Onward and assorted Disney Plus shows like The Mandalorian.

A first trailer, in June, gave fans a first look at the animated musical sequel. Those at the D23 event saw Elsa’s parents and heard a new song in footage that’ll hopefully be released soon.

Sterling K. Brown also joins the cast of the icebound sequel. Wood and Brown sign on to the Frozen family alongside returning stars Idina Menzel, Kristen Bell, Jonathan Groff and Josh Gad. The movie opens Nov. 22 in the US and UK, and Dec. 26 in Australia. 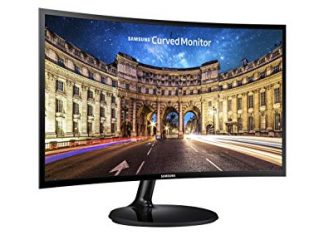 Colman Ma - January 3, 2019
0
The first is Samsung's Space Monitor, which comes with a fully-integrated arm that can attach to the edge of a desk, giving you more...