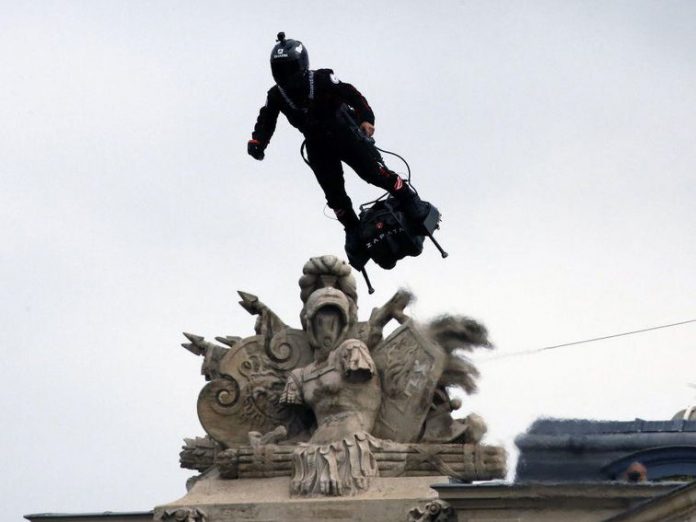 Franky Zapata, the French inventor who looked a whole lot like Spider-Man’s archnemesis the Green Goblin as he flew a hoverboard through Paris during June’s Bastille Day celebrations, took an unsuccessful first shot at flying his turbine engine-powered Flyboard Air across the English Channel last Thursday. He’d given himself “a 30% chance of succeeding.”

He took off from near Calais, France, that morning and flew across the Channel towards St Margaret’s Bay in Dover, England. He’d planned to make the 22-mile journey in around 20 minutes, with a quick stop on a boat to refill his power pack with kerosene, the Associated Press noted.

Unfortunately, he fell into the water when he tried to land on a boat for refuelling — his wife Christelle told AP the waves moved the platform he was aiming for too much. Zapata wasn’t injured in the fall, and French divers rescued him quickly.

Zapata “will be attempting the Channel crossing again at the end of the week,” a spokesperson for his company revealed in an emailed statement on Monday.

Last week’s attempt was timed to mark the 110th anniversary of the first aerial crossing of the Channel — Louis Bleriot’s 1909 trip took 37 minutes.

Unsurprisingly, the internet continued its comparisons to the Marvel Comics villain.

Zapata’s company site noted that the Flyboard Air isn’t available for recreational use, and it would require 100 hours of training on its water variant if it was. So you can’t become Green Goblin any time soon — it’ll probably take at least two sequels.

Colman Ma - September 10, 2018
0
A European lawmaker believes that new regulations for initial coin offerings (ICOs) are the key to making them more "accessible" within the European Union. Ashley... 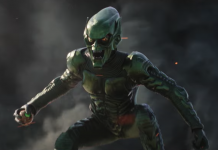 Galaxy Note 10 Plus ongoing review: The camera gets a big...