A French inventor flew across the English Channel on a jet-powered hoverboard on Sunday, after an unsuccessful attempt last month. Franky Zapata’s 22-mile journey across the Strait of Dover took a little more than 20 minutes.

Zapata, a former jet ski racing champion, drew comparisons to Spider-Man’s archnemesis Green Goblin as he flew a hoverboard through Paris armed with a rifle during July’s Bastille Day celebrations. The board can reach a height of nearly 500 feet and travel at a speed of 87 miles an hour.

“For the last five to six kilometers I just really enjoyed it,” Zapata told reporters on arrival, according to Reuters. “Whether this is a historic event or not, I’m not the one to decide that, time will tell.”

In his previous attempt, Zapata took off near Calais, France, on his invention — the turbine engine-powered Flyboard Air — and flew across the channel toward St. Margaret’s Bay in Dover, England. However, he fell into the water when he tried to land on a boat for refueling midway through the trip.

Zapata received a $1.4 million grant from the French government to help finance the development of the hoverboard.

The attempt was part of the 110th anniversary of the very first cross-channel flight. French aviator Louis Bleriot made the first airplane flight across the channel on July 25, 1909. 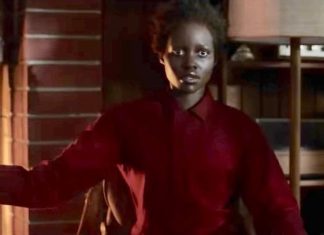