It seems like just a couple of years ago, people were all abuzz over the idea of turning roads into massive solar energy collectors. There were several competing ideas on how to implement the technology, and a couple of pilot projects even got built.

One of those projects was France’s Wattway, built outside Tourouvre-au-Perch in Normandy in 2016, and according to a report published Friday by Popular Mechanics, even its most ardent supporters have come to consider it an abject failure.

Where did this (admittedly) cool idea go wrong? Well, the developers of the road surface solar panels seemed to not take into account the need for roads in rural areas to be able to support farm implement traffic.

The solar roadway is constructed from panels with a special silicon resin acting as the driving surface, and while its designer, a company called Colas, claimed it would stand up to a semi-truck, tractors seem to have been enough to cause the silicon layer to flake and crack, damaging the delicate solar panels underneath.

The Wattway is also loud. So loud, in fact, that the local government has been forced to limit traffic to just 70 kilometers per hour (around 43 miles per hour) to cut down on the sound. So, it seems like the Wattway is a failure at being a road, but how is it at generating solar energy?

Miserable. According to the designers of the system, it was meant to capture 790 kilowatt-hours per day, which is the equivalent of around 10.5 Tesla Model 3s in their longest-range configuration. That sounds pretty great for a kilometer of road, right?

Well, the designers seemed to ignore the fact that while some places in France might get lots of sun, Normandy isn’t necessarily one of them. According to the PopMech article, the area that the Wattway is in averages around 44 days of strong sunlight per year.

Couple that with the fact that vehicles driving on the surface keep parts of it in the shade, and that a flat road isn’t at an ideal angle for capturing solar energy and you have a recipe for a big, expensive bummer.

How expensive? Try 5 million Euros or a little more than $5.5 million. At the end of the day, that money would have likely been much better spent on traditional roof-mounted solar panels in a place that regularly sees the sun like Nice or Cannes.

The Lightyear One is a solar-powered vehicle coming to…

RAM It All: Rising Costs Are Turning EOS Into a Crypto Coder’s... 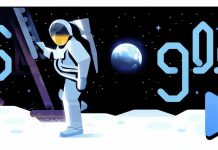