Fortnite season 10, aka season X, is live. The new season doesn’t yet have any of the sweeping changes found in previous seasons, but it looks as though the island will be in a state of flux until the start of season 11, which could be sometime in October.

Tuesday saw an update that added a new Rift Zone and a new item that was quickly disabled by Epic.

The v10.20 content update brought back the Floating Island from season 6. In season 5, a mysterious cube — nicknamed Kevin by players — appeared and traveled across the island to be absorbed into the water of Loot Lake. It was in season 6 when the cube reappeared and caused part of the land at the lake to float, creating the Floating Island. This time around, the previously removed hotel is on the island as it moves across the map. Players can make their way onto the floating landmass via a low-gravity vortex below it.

Also new in the update was the Zapper Trap but it was removed hours later by Epic. The item is a throwable trap that will attach to an opponent’s structure and activate when a player is nearby causing 50 damage.

Epic tweeted Tuesday it disabled the Zapper Trap after it caused some players to be kicked out of a match. It will investigate the issue and will likely return the item once fixed. Hours later, the developer said the problem has been fixed.

The biggest change in Fortnite season 10 is a two-player mech called the Brute. The robot acts as a vehicle, with one player controlling its movement while the other can use its weapons, which include a shotgun and a missile launcher. Players can also use the mech’s Overshield ability, which will consume 200 materials of any type.

Fortnite players took to the game’s subreddit to complain that the new mech is overpowered. Several threads included memes of how ridiculously powerful the Brute is. One thread has a fake tweet from Epic saying it’ll make changes to the mech to make it more balanced. One user posted a video of himself winning a match with the Brute, saying he didn’t deserve the Victory Royale. Even Fortnite World Cup champion Kyle “Bugha” Giersdorf had trouble with the mech.

After numerous complaints from players, Epic nerfed the Brute on Aug. 22. Now the mech will fire fewer rockets, move slower and there’s a chance that a Brute won’t spawn at all during a match.

The Fortnite map for season 10 didn’t change, which is unusual for the start of a new season. In the v10.0 patch notes, Epic said Rift Zones will make locations from the past reappear. One data miner found assets in the update that show Neo Tilted may change to an Old West theme called Tilted Town.

As teased by Epic during the Fortnite World Cup, Dusty Depot is now back on the island. There was also one addition to the map, although it’s above the island and not on it. The meteor from the season 3-ending event that destroyed Dusty Depot is in stasis above the impact point.

Players can actually enter the meteor to find items and the capsule that contained the Visitor who was responsible for the rocket launch event in season 4 that began this whole time crisis.

On Aug. 5, players saw something in the Neo Tilted area. A Rift Beacon was activated, creating a rift above the location.

Nothing has happened yet, but rifts could be part of the season 10 storyline. Data miners already discovered a new version of Neo Tilted called Tilted Town, which could change due to the rift.

Aug. 6 marked the first big change to the island since the beginning of Fortnite season 10. Neo Tilted went back in time and is now called Tilted Town. The area has an Old West motif and its own special rules: “no buildin’, no breakin.”http://www.cnet.com/”

First discovered by data miners at the start of the season, Tilted Town is its own unique space on the island. Players who run into the dome surrounding the location will have their attire changed to something out of Red Dead Redemption, and they are unable to build any structures or harvest any materials. Or can they?

One Twitter user found a way to enter Tilted Town with the ability to build. He does so by creating a platform right above the outskirts of the town. Once there, he edits a platform he’s standing on that lets him drop in without changing his attire and still have access to building structures.

In Tilted Town, there are a select amount of weapons unvaulted by Epic that fit with the Old West setting. The weapons are the Double Barrel Shotgun, Six Shooter, Hunting Rifle and Infantry Rifle.

Fortnite players saw on Aug. 9 that a new Rift Beacon is being built in Dusty Depot. This means the location that just returned at the start of season 10 may change in the coming days just like Tilted Town.

A Rift Beacon appears in Dusty Depot, but it’s the one in Mega Mall that became active on Monday, Aug. 12. This means the spot may get thrown into a time warp with the next update.

Update v10.10 made another big change to the island as Mega Mall is gone and Retail Row is back, but with a twist. The new patch went live on Aug. 14 with the older location coming back, and inside the dome surrounding the spots are zombie-like creatures called Fiends.

The Fiends are only found in Retail Row and can drop loot when destroyed. Players entering the area will receive full shields but will have to be aware of the Fiends as well as of other players.

Also included in the v10.10 update is a change to the Brute, the new mech added in season 10 that many players take umbrage at. As previously stated by Epic, the robot will have a targeting laser added to help other players recognize when they’re in danger. There were also several changes of when and how often the Brute spawns. The mechs will spawn more often earlier in the match and as the storm circle closes in, the chances for a Brute to appear will decrease.

Epic added a new throwable called the Junk Rift in the Aug. 20 v10.10 content update. The trailer for the item depicts it as a new tool to take down a Brute.

The Junk Rift creates a rift above where it makes contact, and several objects will fall to the ground. That junk does big damage to anything directly under it and also deals splash damage to other players nearby.

Tuesday’s update also saw another change to the map, as the Rec Center located to the west of Neo Tilted is no more. A rift beacon explosion destroyed the area instead of transforming it like Tilted Town and Retail Row. Left behind are a few chests and some Glitched Consumables. These are items used to gain health, shields or another ability such as the Hop Rocks from season 5 that made players jump higher once consumed.

The consumables will randomly switch between apples, coconuts, mushrooms, peppers and the previously mentioned Hop Rocks. Shadow Stones were initially among the items available, but Epic tweeted Tuesday that they were removed because of an undisclosed issue.

The Aug .27 update for Fortnite is all about a new crossover. This time it’s with the upcoming Borderlands 3 video game. The crossover will give players a taste of the Borderlands series by bringing Pandora to Paradise Palms.

Players can now visit the Pandora Rift Zone to see the new Borderlands theme. While in the zone, shields will regenerate automatically if a player doesn’t take any damage for a certain amount of time. There’s also a Psycho skin and Claptrap back bling available for purchase. Epic also added Welcome to Pandora challenges that will reward players with Borderlands-themed content.

The Borderlands 3 crossover event lasts until Sept. 10, which is just a few days before the game’s release on Sept. 13.

The v10.20 update also includes a new throwable, the Shield Bubble. Throwing one will create a large bubble that blocks projectiles and explosives for 30 seconds. Players can run through it and destroy the bubble’s emitter causing it to deactivate.

Epic made a short post regarding changes to Turbo Building. The developer says some players with low pings had a slight advantage with building, so they added a slight delay of 0.15 seconds, up from the original 0.05 seconds, to even things out. Added last year to Fortnite, Turbo Building allowed players to hold down the respective build button to create a structure in whichever direction they were pointing rather than having to press a button each time. It’s an important part of advanced strategies, so many players immediately complained about the changes, including pro gamer Tyler “Ninja” Blevins, who says they “nerf building.”

Following the backlash, Epic reverted the Turbo Building changes, according to a blog post on Wednesday, Aug. 28. The delay was removed, but as mentioned in the original post, whenever a structure is destroyed, 0.15 seconds must pass before another can be rebuilt.

A Fortnite data miner discovered a possible upcoming crossover with the film It: Chapter 2. In the last update, there were assets related to the movie like a balloon called simply “Creepy Balloon” and an audio file that could be from Pennywise.

The film is set for release on Sept. 6, which means this event could happen launch the date of release like it did with the Stranger Things crossover.

Fortnite is available on PS4, Nintendo Switch, Xbox One, PC, and Android and iOS devices.

Originally published July 28.
This story has been updated regularly throughout season 10 to add the latest weapons, Easter eggs and events.

Slack outage is over so you might want to get back... 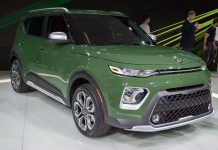 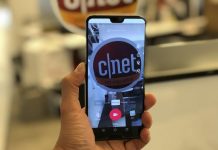