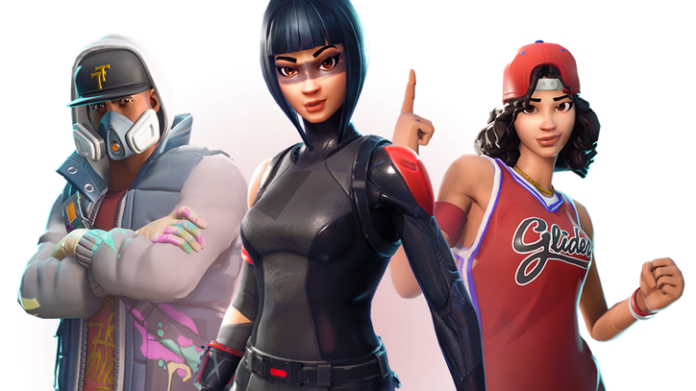 There haven’t been any standard weekly Fortnite: Battle Royale challenges for the past couple weeks and that’s because the 10 weeks that made up season 7 have come to an end. Instead, Epic pushed the start date for season 8 up to Feb. 28, letting you enter pop-up tournaments and — in the latest update — play new game modes with the Limited Time Driftboard. But the added extra time also means you have time to catch up on season 7 challenges (read our guide). Another huge bonus: Epic also added a new set of quests called Overtime challenges.

There are 16 free Overtime challenges that will slowly unlock over the next eight days. Twelve are available now and the remaining four on Friday. The best part is that if you complete 13 of the 16 total Overtime challenges over the next two weeks, you’ll be rewarded with a free season 8 Battle Pass. That’s like getting $10 just for playing Fortnite, which seems like a pretty great deal to me.

With the extra time to catch up, season 7 Battle Pass owners who manage to unlock specific tiers (47, 71 and 87) can unlock customization options for the Drift, Torg and Onesie skins.

I’ll be updating this post as new challenges unlock (Tuesday’s challenges are now live and have been added). Here are the first twelve Overtime challenges (Note: The first in the screenshot is for the free Battle Pass itself).

For this one you’ll have to enter Creative Mode and simply launch any of the featured islands from the Creative Hub, then search for coins.

Deal damage to opponents with assault rifles or pistols

This is about as standard as it gets for challenges. Note that you have to get 500 damage though, so it may take a few games to complete.

Search chests or ammo boxes at a motel or RV park

I made a map for where these two locations are so you can get to them quickly, but I have this weird feeling. I could be wrong (probably am), but I’m thinking Epic Games is sending us to these locations because they might be going away in season 8. The RV park has been around since the beginning so I could see the company deciding to add something new and different. The Motel is a little newer, but you have to admit it’s not a very exciting place to drop. We’ll find out if I’m right in a couple weeks, but here’s where they’re located:

Place top 15 in duos with a friend

Has there been a team-based challenge before that wasn’t a generic daily challenge? I can’t remember. This should be pretty easy provided you make an effort with a friend (and maybe don’t drop into Tilted Towers this time). Even if you autofill to get your partner, if you play it a little safe, you should get top 15 without much trouble.

Regain health from a campfire in different matches

This challenge will obviously rely on whether you can find a campfire in the first place. It’s also important to note that it’s not enough to just place the campfire; it actually has to heal you (so you can’t just do this at full health). I would suggest getting into a large team match for this one because it looks like you’ll get credit regardless of who places the campfire. Don’t forget that only one per match will count toward the challenge, but you’ll need three total to complete it.

Here’s a challenge we’ve seen many times before, but note that you have to visit 10 different locations. You can get more than one per match and if you plan it well by landing in a coastal location, you can work your way inwards to pass through several as the storm closes in. The next game, just land in a different coastal area and do the same thing.

Though supply drops can be dangerous, note that you only have to get two of them in different matches to complete the challenge. Just be aware that a lot of people will be doing the same thing, so you might wait a couple days to make it a little more safe.

Revive a player in different matches

Your best bet here is to play any large team mode because you’ll inevitably have tons of chances to revive people. It shouldn’t be too hard to get the required three revives, but just remember that only the first one counts per match.

This is a fun quest we haven’t seen before, but as long as you know where to go, it shouldn’t take too long. Here are all the waterfalls on the map:

Deal damage to opponents with shotguns or SMGs

This is another common challenge we’ve seen many times and I wouldn’t worry about it too much. Most people use either a shotgun or SMG whenever they get into a up close firefight. You’ll probably complete this one without trying, but note you have to get 500 damage to fulfill the requirement.

Search chests or ammo boxes at The Block

This one will be fun, but there are going to be a lot of people there starting on Tuesday. If you wait a couple days, you’ll probably have better luck, but it is pretty much going to be a free-for-all.

Place top 10 in squads with a friend

It’s time to get the old team back together or take your chances with random squad-mates. Even if everyone doesn’t make it all the way, there’s no shame in hiding out to get into the top 10. Just be careful and it shouldn’t take too many tries to get this one done.

Apex Legends: How to play the popular new Fortnite competitor.

Fortnite: Your guide to the cultural phenomenon.

Fitbit has a new Versa 2 smartwatch with Alexa, and a new Premium health...