The annual Gamescom video game conference in Germany isn’t just about gaming. Ford Europe took the opportunity to announce it wants to be more involved in the virtual world, launching its Fordzilla esports racing team at the conference.

The team will focus on “highest level” of racing on the virtual stage and recruitment began this week at Gamescom. The automaker plans to recruit national teams for France, Germany, the UK and Spain. From there, Ford will create a European team with a star player from each country.

While Fordzilla will likely tackle multiple racing games in the future, the team will begin with a presence in “Forza Motorsport 7,” the latest driving simulator game for the Xbox One console. Ford has a good relationship with Turn 10, the studio behind the Forza Motorsport franchise. It worked with Turn 10 to make the second-generation Ford GT the “Forza Motorsport 6” cover car back in 2015.

Like other companies that are increasingly turning to the virtual sport, Ford eyes a piece of the growing revenue stream esports brings in. According to data Ford cited, esports is expected to generate over $1 billion in revenue this year — a 26.7% jump over 2018. The automaker also said the synergies between gaming and future mobility solutions intrigues the company.

Older iPhones, Samsung phones might not be as safe as we... 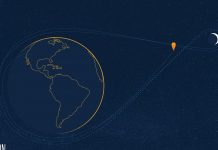