Mozilla has released a new test version of its web browser that introduces the new Firefox logo and drops “Quantum” from its name.

Mozilla long ago moved the Firefox icon to a more stylized look, but the newest version is another step away from the original drawing of a fox wrapped around the globe. Even though the fox’s face is now in view and its limbs have vanished, it’s still easily recognized.

The new icon arrived over the weekend in version 70 of Firefox Nightly, the incarnation designed for people who want to test the latest features and who can put up with crashes or other problems. Firefox Nightly will settle down into a beta version in coming weeks, then into the main version everyone gets a few weeks after that — Oct. 20, according to Mozilla’s plans. The new logo should follow that course, said Tim Murray, creative director at Mozilla.

The logo in Firefox Nightly has a different blue/purple color scheme. The regular Firefox will stick with the red, orange and yellow colors.

The new version also will drop the “Quantum” label Mozilla has attached to the Firefox name since the November 2017 release of Firefox 57, Mozilla said. The Quantum signified a major effort to speed up Firefox to better compete with Google’s Chrome, which dominates browser usage. A number of Quantum programs rebuilt parts of Firefox’s engine, and one such change — the GPU-acclerated Quantum Render technology to display a web page once Firefox figures out what it’s supposed to look like — is still gradually spreading to more computer types. The project also was called WebRender.

“Our goal is that WebRender will be the primary rendering engine for the Firefox Browser and we will continue to roll it out to additional platforms throughout the coming months,” said Jessie Bonisteel, a Firefox engineering manager.

Mozilla‘s newest challenge to Chrome centers on protecting your privacy online — for example, by blocking websites and online ads that try to track you. Chrome has lagged other browsers like Safari, Firefox and Brave in that regard.

Firefox usage is gradually decreasing, at least based on statistics Mozilla gathers from people willing to share that data. However, use of Firefox’s new tracking protection is increasing. “Following our release of Enhanced Tracking Protection on by default, we’ve seen our share of users keeping ETP on all the time rise as well,” said Porfirio Landeros, Mozilla’s senior director of product marketing. 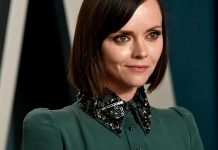 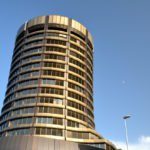