Cellphones — old and new — are safe, including those that’ll use new 5G technology. That’s according to a new proposal that Federal Communications Commission Chairman Ajit Pai circulated Thursday. It would keep the agency’s current safety limits for radio frequency exposure the same as they’ve been for 23 years.

Following more than six years of public input and review, the agency said the current exposure levels for cellphones, wireless towers, Wi-Fi routers and all other devices emitting RF signals are safe. Agency officials added that they don’t have any concern for new gear using 5G technology, including gear that uses millimeter wavelength frequencies.

The FCC, which sets radio frequency limits in close consultation with the FDA and other health agencies, said that the other agencies were also in agreement on keeping the current limits in place.

“The available scientific evidence to date does not support adverse health effects in humans due to exposures at or under the current limits,” Jeffrey Shuren, director of the Food and Drug Administration’s Center for Devices and Radiological Health, wrote to the FCC. “No changes to the current standards are warranted at this time.”

There have been concerns and questions about the safety of mobile devices for years. In 2011, the World Health Organization said cellphones might cause some brain cancers, leaving open the possibility that a link exists between cancer and cellphone radiation.

But most studies haven’t found a link between radio frequency signals from cellphones or cell towers and disease.

Concerns have grown recently as mobile carriers throughout the world race  to deploy this fifth generation of cellular technology, or 5G. Specifically, there have been concerns that the high-frequency spectrum known as millimeter wavelengths, or mmWave, used in early deployments to make 5G a reality could pose adverse health effects for the public. Adding to the concern is the fact that 5G deployments require many more small cell towers to be deployed much closer to where people live, work and go to school.

The growing fear about the health effects has caused lawmakers and policy makers throughout the world to start putting on the brakes.

But FCC officials on Thursday reiterated there’s no reason for concern. An FCC official told reporters during a press briefing that there’s “nothing special about 5G.” They added that the scientific evidence to date indicates that 5G is no different from any other cellular technology, including 4G or 3G in terms of causing health effects. They also added that the higher-frequency signals used to deliver 5G also pose no health risk, and that the existing RF exposure guidelines are still applicable to 5G, regardless of the spectrum band used to deliver the service.

The officials also emphasized that current RF exposure limits apply to any device emitting a radio frequency signal and are not limited to phones. Also, as part of the proposal, Pai recommends the agency establish a uniform set of guidelines to ensure companies making devices comply with the limits regardless of the technology that’s being used.

The FCC has for years been criticized for not updating its cellphone safety standards since 1996. Critics have argued that the levels should be reviewed based on the latest wireless technology. The agency uses a value known as a SAR, or specific absorption rate, to determine if devices can be safely sold in the US. The SAR measures the amount of power that’s absorbed in the body per given mass.

While the FCC hasn’t updated its SAR level recommendations since the 1990s, others have reviewed the limits. In March of this year, the engineering group IEEE recommended the safety levels remain about the same as they have been since 1996.

The FCC opened a proceeding in 2013 to look into the RF levels. And the order circulated Thursday by Pai is the result of that review. 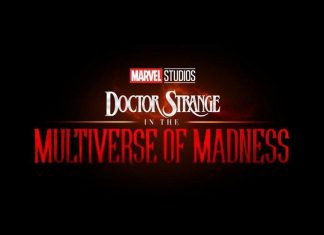