The FBI has reportedly been unsuccessful this week in trying to crack the PIN on a phone belonging to the suspect in Sunday’s mass shooting in Dayton, Ohio. FBI Deputy Director David Bowdich said if the suspect used a six- or eight-digit passcode, it could take months or years to break, The Hill reported Thursday.

The shooting left nine people dead and 27 injured. The suspected shooter was killed by police at the scene.

The FBI has been able to unlock one of the alleged shooter’s phones, a Samsung device, a Senate Democratic source told CBS News Thursday. However, the suspect, Connor Betts, of Bellbrook, Ohio, had multiple phones. It’s unclear whether the other phones are Android or Apple devices.

“We don’t know when we are going to get into the phone,” Bowditch told House Democrats earlier this week, according to The Hill.

The FBI didn’t immediately respond to a request for comment.

Following the 2015 San Bernardino, California, mass shooting that left 14 people dead, an iPhone belonging to the suspect was likewise at the center of a legal battle between the government and Apple.

The US government had wanted Apple to produce software that could unlock the phone, but Apple refused. The Department of Justice in March 2016 said it eventually used an outside party to help break into the iPhone 5C. The FBI released a 100-page document in January 2017 detailing how it broke into the smartphone, but much of the report was censored.

Newdex Released an Open Letter Responding the Queries about Its Decentralized Trading...

Colman Ma - September 26, 2018
0
Newdex Released an Open Letter Responding the Queries about Its Decentralized Trading Model This is a paid-for submitted press release. CCN does not endorse, nor is... 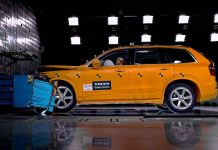 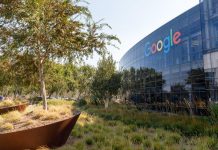