A fake news site has used the likeness of New Zealand Prime Minister Jacinda Ardern to promote articles on Facebook aimed to pump a crypto startup.

Local media source Stuff reported Friday that several sponsored posts had recently emerged on Facebook, featuring the image of the PM with headlines such as “New investment plan for Kiwis” and targeted at different age groups in the country.

The posts linked to a fake news site that appeared to be impersonating CNN Tech, with articles falsely claiming that the country’s Treasury Department had just signed a $250 million deal to buy a company called Bitcoin Revolution.

“This is where the future lies,” the fake article read.

After Stuff reported the posts to Ardern’s office, the latter filed a complaint to Facebook, which then moved to take down the sponsored content, the report said.

Furthermore, it appears that this is not the first time that fake news sites have associated the image of Ardern with cryptocurrency promotions. A spokeswoman for the PM’s office was quoted as saying that the number of such fake ads has become too large for them to track.

“We aren’t able to manually or digitally monitor the increasing volume of fake news that fraudulently uses images of the Prime Minister.”

The news is yet another instance in which crypto scammers have been using social media giants to promote fake campaigns targeting internet users.

The best MacBook Air deals for the week of Aug. 12 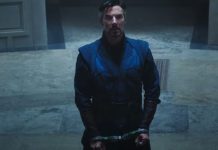