The Federal Trade Commission is expected to hit Facebook with a record-setting $5 billion fine for its alleged privacy mishaps. The Wall Street Journal, citing people familiar with the matter, reported Friday that commissioners voted 3-2 this week along party lines to approve the settlement with the social network.

The Republican majority was in favor of the settlement, which still has to be finalized by the US Justice Department’s civil division. The penalty against Facebook would be larger than the record-setting $22.5 million the FTC imposed on Google in 2012.

The FTC started investigating Facebook last year after revelations surfaced that Cambridge Analytica, a UK political consultancy, accessed data from up to 87 million Facebook users without their permission. The agency is looking into whether Facebook violated a legal agreement it had with the US government to keep its users’ data private.

The fine would be a fraction of the billions of dollars Facebook makes from advertising every year. For the first quarter of 2019, Facebook reported $15.08 billion in sales. 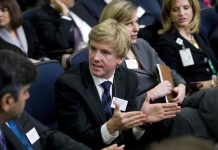