Skateboarding, a rebellious street sport, will debut at the 2020 Olympics in Tokyo. Often seen as renegade or rebellious, characterized by dizzying midair twists and turns, skateboarding will make its way into the structured and mainstream world of the Olympic Games.

Though the International Olympic Committee (IOC) unanimously supported skateboarding for inclusion at the 129th IOC session in Rio de Janeiro in 2016, not all skateboarders feel the same way. Some athletes have expressed gratitude and excitement at the idea that skateboarding will get more exposure as a sport, while others worry that the Olympics will damage the culture and lifestyle that accompany it.

I suppose no one will know how the sport might change until the Olympics arrive next year, but for now, you can read all about the structure, scoring and qualifications process for skateboarding at the 2020 Olympics.

Skateboarding at the Olympics features two disciplines: park and street.

The park competition will take place on a hollowed-out course featuring a complex series of twists and turns. Park courses resemble large bowls with steep sides, nearly vertical at the top. Skaters send themselves to dizzying heights, performing jaw-dropping spins and tricks midair, and then gracefully bring themselves back down to the bowl to do it all over again on the other side.

The street competition features a straight course with stairs, handrails, benches, walls and slopes to mimic a real street. This kind of skateboarding is characterized by riding along curbs and rails, leaping into the air without using hands, and that familiar grind of board on metal.

Olympic skateboarders will experience at least some of the creative freedom they get in their home parks and streets: They’re free to choose which parts of the course to cover and, of course, which tricks to perform. Also, in an attempt to maintain the feel of the sport, music will accompany each rider.

Only one athlete rides at a time, and competitors get three timed runs to post their best score.

How do athletes qualify to skateboard at the 2020 Olympics?

The IOC has allotted 80 quota spots for skateboarders at the 2020 Olympics. There will be 40 spots for women across the two categories and 40 for men, with 20 skaters in both the street and park competitions for each gender.

Between the 80 qualifying athletes, 38 men and 38 women will come from different nations, with four total slots (two men and two women) reserved for the host nation of Japan.

Each National Olympic Committee (NOC), the governing body for each country’s Olympic goings-on, is allowed six men and six women for skateboarding, but no more than three athletes per gender per event.

Qualifications are managed by World Skate, the international governing body for roller sports.

Like all other Olympic sports, skateboarders must comply with the Olympic Charter to be eligible. Aside from that, the qualifying pathway for each event (20 athletes) is as follows:

There are 16 available slots to fill via the OWSR, but no nation can fill more than three. For example, the US may have five skaters in the top 16, but only the first three of those five will qualify. Once a country’s three spots are filled, the qualification moves down to the next country that hasn’t fulfilled its quota. Learn more about the qualifications process.

When and where is the skateboarding event?

Olympic skateboarders will compete in Tokyo at the Aomi Urban Sports Venue, which will also host 3×3 Basketball and Sport Climbing. The competition takes place throughout the entire Games, from July 24 to Aug. 9.

How will athletes be judged?

Judges will score athletes based on speed, difficulty, originality, timing, stability and the overall flow of the performance. One important skill judges will be looking for is the ability to seem suspended in midair. 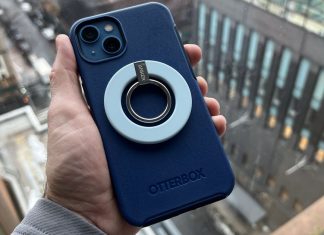