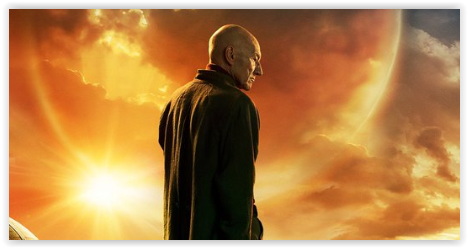 Patrick Stewart is going where no Starfleet captain has gone before: into his very own series decades after wrapping up his original Star Trek run. And he’ll have a furry companion.

Star Trek: Picard is a CBS All Access streaming show. It follows on the heels of Star Trek: Discovery, but the two series take place at very different points in the Trek universe.

A new trailer and release date are expected Saturday out of San Diego Comic-Con. There, a detailed Picard exhibit called Jean-Luc Picard: The First Duty lets conference-goers get up close with original Starfleet uniforms and classic artifacts tracing his life.

A teaser trailer beamed in on May 23, giving us an early hint at what’s to come. We find out Jean-Luc Picard, who was promoted to admiral, led a rescue armada on a mysterious mission 15 years prior to the show’s events. He then left Starfleet, leaving us to wonder what prompted his exit and why he’s reappearing now.

CBS first revealed the official Star Trek: Picard name on May 15 and posted a look at the show’s shiny new logo. The Starfleet logo takes the place of the “A” in Picard. (Disclosure: CBS is the parent company of CNET.)

A pupper for Picard

Stewart and CBS revealed the key art for the show on July 10, just ahead of the star’s scheduled appearance at Comic-Con.

CBS’ version teases the Comic-Con appearance with a GIF sweeping in on Picard wearing a long jacket, looking out over a field of grape vines with a dog at his side. Stewart tweeted out a poster version of the same visual.

The dog is particularly notable. It appears to be a pit bull or bully mix. Zoom in on its ears. They may have been cropped, but they also look a lot like pointy Vulcan ears. Stewart is known for his work fostering rescue dogs. His most recent foster, Emma, is a pit mix with cropped ears.

Stewart shared a photo of Emma along with his hidden Picard rehearsal script in April. The dog in the poster sports a Starfleet emblem tag on its collar. Here’s hoping it’s named “Pupper One.”

Stewart has a long history with the Star Trek franchise. He first warped into the iconic role of Capt. Jean-Luc Picard of the USS Enterprise with the debut of Star Trek: The Next Generation in 1987. That means Stewart will be back in Picard’s shoes more than 30 years after originating the role. He last appeared on screen as Picard in the 2002 movie Star Trek: Nemesis.

He’s been plenty busy in the meantime, continuing his role as Professor X in the X-Men movies, up through a farewell performance in 2017’s Logan. He has a lot of voice acting credits to his name, including Poop in The Emoji Movie. Fans will be able to catch him in theaters as Bosley in a new 2019 version of Charlie’s Angels.

Stewart announced the new Picard series in August 2018 at the Official Star Trek Convention in Las Vegas. He called his return “an unexpected but delightful surprise” and said he hopes “to research and experience what comforting and reforming light [Picard] might shine on these often very dark times.”

Stewart shared a behind-the-scenes photo in September 2018 from a Picard meeting where he’s sitting with Chabon and other members of the show’s production staff. Stewart has been involved with the writing for the show from early on.

Hanelle Culpepper will make history as the first woman to launch a new Star Trek television show. Culpepper signed on to direct the first two episodes. She has an extensive TV resume, which includes Star Trek: Discovery, The Flash and Gotham.

Jonathan Frakes, who Trek fans know as TNG’s Commander Riker, has a long career as a director that includes multiple Star Trek franchise entries on both the big and small screens. He revealed he would be directing some episodes of the new series. Frakes posted a photo of himself with Stewart to Twitter on May 21 and tagged Star Trek on CBS.

CBS and Stewart had kept pretty quiet on the details of the show’s plot until the teaser trailer arrived. We already knew it takes place around two decades after the events of Star Trek: Nemesis.

The teaser lays out a big plot point when a voiceover says Admiral Picard led a rescue armada that “led us out of the darkness” 15 years before the series picks up. It asks the questions: what did it cost him and why did he leave Starfleet? That’s a huge cliffhanger to contemplate ahead of the show’s debut.

The teaser starts in a vineyard, which is a callback to the final TNG television episode in 1994, All Good Things that showed one possible future Picard working in a vineyard in France. That Picard had become an ambassador. We know the Picard in the new show was promoted to admiral at some point.

A poster for the series shows a vineyard with the Starfleet logo formed out of grapevines along with the catchphrase “The end is only the beginning.”

Chances are good all of this ties into the Romulans. “Picard’s life was radically altered by the dissolution of the Romulan Empire,” Kurtzman told The Hollywood Reporter.

The 2009 Star Trek reboot movie covered the demise of the planet Romulus at the hands of an exploding star in 2387. Could this event have been the focus of Picard’s rescue armada?

Picard has a complicated history with the Romulans. In Nemesis, he tangled with a Romulan clone of himself.

Don’t expect a mere reboot of The Next Generation. “Patrick was very clear to us in the beginning. He did not want to repeat what he had already done. And by the way, it’s been 20-plus years, so he couldn’t possibly be that same person anymore,” Kurtzman told reporters in January.

Stewart’s Picard took on the weight of Star Trek’s future when he stepped up to captain the Enterprise-D. Until then, the Trek universe had revolved around the original crew led by Capt. Kirk. Kirk and the gang had re-emerged from the shadow of the original series’ cancellation in the ’60s and were born again through a string of successful movies starting in 1979.

Stewart’s character couldn’t have been more different from the leap-into-action, kiss-the-aliens Kirk. Picard created a new mold for Starfleet captains. His Picard was cerebral, wise and measured, but also passionate. If you need a reminder, watch his defense of android crew member Data as a sentient being in the season 2 episode Measure of a Man.

Star Trek: Picard is expected to debut before the end of 2019. It’ll stream in the US on CBS All Access and on the Space Channel in Canada. Internationally, Amazon Prime Video will host each episode within 24 hours of the US premiere in over 200 countries and territories. That’s a change from how Discovery is distributed internationally through Netflix.

We all know the star of the show, but casting details have been scarce for other roles. Several names are confirmed as series regulars, but their characters remain unknown for now.

A big question hovers over the production: Will any other crew members from Next Generation make an appearance? We don’t know yet.

Originally published May 17 and will be updated regularly as more information on Star Trek: Picard comes in.

Colman Ma - October 8, 2018
0
Venezuelans are now being forced to pay for passports with the country's controversial petro cryptocurrency, a report indicates. According to Bloomberg, Vice President Delcy Rodriguez said... 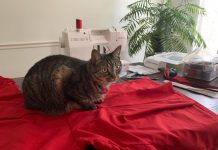