A European lawmaker believes that new regulations for initial coin offerings (ICOs) are the key to making them more “accessible” within the European Union.

Ashley Fox, a Member of the European Parliament (MEP), held a meeting on Tuesday to discuss proposed regulations that would set in place new rules for ICOs and, more specifically, the people and businesses that conduct them.

Fox said that the rules would be voluntary for projects that engage in token sales, though he hopes that companies will want to abide by them if they are adopted.

The MEP’s proposal would limit the proceeds for ICOs to 8 million euros, mandate know-your-customer/anti-money laundering rules, and provide token startups with access to the entire EU, he explained in an exclusive interview with CoinDesk.

“What I’m aiming to do is bring transparency to ICOs, allowing intermediaries to perform the required due diligence. And the effect of this will be to provide an EU-wide law which gives a passport to the whole market,” he said.

As time goes by, he added, more companies may wish to be regulated under the framework.

Fox went on to say:

“ICOs can carry on, but if they don’t fill the [criteria], they won’t benefit. [Introducing the regulations] will give them a passport to the whole of the EU market, and I also think it increases transparency. Right now you have 28 countries, some have national rules for raising money and some don’t have any rules at all. If you raise money in France, for example, you can only use that money in France.”

The benefit of Fox’s regulation, he contended, is that companies that do abide by the rules will have access to a wider market.

Banks and other financial institutions in the European Union are also looking forward to the rules, said Lavan Thasarathakumar, a policy advisor to Fox and secretary to the Innovation Group. He said the group spoke to financial institutions and one of the issues that surfaced repeatedly was that of due diligence.

If token projects adhere to stricter KYC/AML controls, banks may be more willing to provide services, though this is “by no means” a guarantee at present, he said.

Indeed, banks are seemingly interested in holding cryptocurrencies directly, should the industry be more regulated than it is today. European Banking Authority director of banking markets, innovation and consumers Piers Haben, speaking at Tuesday’s earlier hearing on Fox’s proposed regulation, said the agency had been discussing the topic with financial institutions.

The draft proposal was published earlier this month, and members met to discuss it on Tuesday. Now, lawmakers have a week to suggest any amendments, Fox said. After those are presented, the group will meet again to discuss any changes.

In November, the full Committee on Economic and Monetary Affairs will meet to debate and vote on both the original proposal and any amendments made. A plenary meeting would then decide the official position for the European Parliament near the end of November or beginning of December.

Simultaneously, the European Council will develop a position on the proposal. Sometime at the beginning of next year, the two bodies would have to then reconcile any differences in their positions, with a final vote to approve or disapprove the regulation coming by the end of February, Fox expects.

He demurred when asked what changes he thought might be forthcoming.

“I don’t know what parts of my report colleagues will object to yet,” he noted. “I think it’s a good report, I’m not looking to change any parts of it.”

One argument made during Tuesday’s meeting was that the €8 million limit was too low, with some lawmakers suggesting a €10 million limit instead. However, this could make the adoption process more complicated, Fox said, explaining:

“The reason I came to the conclusion for the 8 million euros … was it was in line with the Prospectus Directive. And if we were to go above that limit, we would need to change other pieces of legislation. I think [a] 1 million limit is too low … but I don’t see a consensus for going above 8 million yet.”

Because the regulations would be voluntary, ICOs can still raise more than 8 million euros if they need – they just won’t receive the benefits, Fox said.

Colman Ma - September 19, 2018
0
One of the world's largest crypto exchanges by trading volume wants to set up fiat-to-crypto trading platforms on almost every continent. Binance founder and CEO... 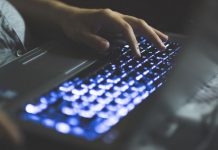 CBD for pets: What you need to know