Two of the top 10 cryptocurrencies by market capitalization are now trading at their lowest level in a year.

At 16:00 UTC, during the middle of Wednesday’s trading period, the cryptocurrency ether dropped to $211 for the first time since July 30, 2017, while Cardano dropped to levels not seen since last year according to CoinDesk price data.

Ether has now effectively erased most of the gains seen during last year’s bull run and is down 84.2 percent from its all-time high of $1,357. According to CoinDesk price data, ether was trading at $337 exactly one year ago, leaving some to speculate on the possibility for a rebound.

The cryptocurrency is just one of a number of networks to see declining values during the Wednesday session. Well-known cryptos including XRP, EOS and bitcoin cash have all seen 24-hour losses in excess of 15-20 percent.

Cardano, the only other cryptocurrency asset in the top 10 to experience last year’s prices, has dropped 19.07 percent over a 24-hour period and was last seen changing hands at $0.085.

The total market capitalization of all cryptocurrencies is down nearly $27 billion from its yesterday’s top of $238.7 billion and is currently sitting just above $210 billion, CoinMarketCap data shows.

Colman Ma - September 18, 2018
0
Stellar Startup Merges with Chain, to Reborn as Interstellar San Francisco-based distributed ledger technology company Chain has been acquired by Lightyear, an entity powered by the... 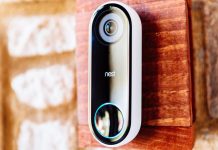