The Spider-Man universe is in flux. Tom Holland, who’s played your friendly neighborhood Spider-Man in four films, will reprise the role for the next flick, but due to a dispute between Sony and Disney, it’s looking unlikely that Spidey will still be part of the Marvel Cinematic Universe. Tom Holland’s dad is miffed by it all, but Holland himself has played it cool when asked about the future of his Spider-Man.

It’s appropriate, then, that someone has used deepfake technology to make Tom Holland Emo Spider-Man. If you’ve forgotten, there was a stretch in Spider-Man 3, back when Tobey Maguire was the hero, where Spidey was infected by some Venom goop, making him edgier, more aggressive and in general kind of a bummer. Aldo Jones, a YouTuber, has replaced Maguire with Holland, capturing the foreboding feeling we all have about Spider-Man in the MCU.

Deepfakes are fake videos created or altered with AI software that show a person saying and doing things they never said or did. Well-made deepfakes are technically incredible; the line between a good deepfake and real life is essentially indistinguishable. That also makes then approximately the scariest thing ever. The above deepfake, while hitting quite the nerve, isn’t as impressive as some others we’ve seen.

Check out this one of actor Bill Hader morphing into the people he’s imitating, for instance.

Deepfake software is making it easier to manipulate video and increasingly harder to detect fakes. One technique enables people to create a deepfake using a single image, such as the Mona Lisa.

So, yes, the future is terrifying — both for Tom Holland’s prospects in the MCU and for society at large. 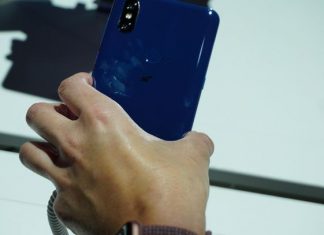 These 10 Stunning Photos of The Bella Twins Will Have You...