The twins are coming along nicely. SpaceX is building two space-bound orbital prototypes for its next-gen Starship spacecraft, one in Texas and one in Florida. SpaceX founder Elon Musk shared some intriguing photos from the Texas build site on Monday.

“Very proud of progress SpaceX team has made!” Musk tweeted along with several photos showing the rotation of a large circular bulkhead ahead of its installation. The dome-shaped bulkhead is about 30 feet (9 meters) in diameter and makes up part of the interior structure of Starship, dividing it into compartments.

SpaceX watchers already caught sight of another bulkhead being lowered into the cylindrical body of the stainless-steel vehicle in late July.

SpaceX has already built a “hopper” prototype for short takeoff and landing tests The Starhopper successfully completed its first untethered jump of about 65 feet (20 meters) in late July and will aim for a higher hop of 650 feet (200 meters) very soon under the power of a single Raptor engine. The orbital prototypes, however, are built to launch all the way to space.

Musk also shared a photo of the Starship in progress behind an architectural windbreak structure. This seems like a smart precaution considering the Texas winds knocked the nose cone off the hopper back in January.

The first orbital prototype will have three Raptor engines, though the final design calls for seven. Musk previously suggested the Texas and Florida prototypes could take flight within just a few months.

SpaceX has big plans for Starship, including sending it around the moon with a group of artists on board in 2023. Musk has suggested an uncrewed Starship could actually land on the moon by 2021. That timeline is ambitious and space projects tend to hit many speed bumps on their way to the stars.

We should learn more about SpaceX’s progress and its longer-term vision for reaching Mars with Starship when Musk gives an expected update later this month.

In the meantime, we can enjoy the views as seen by Musk himself. He said he’s off to Cape Canaveral in Florida to check out the other prototype, so we may get some more behind-the-scenes Starship photos soon. 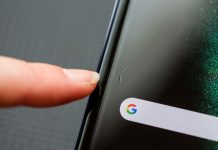 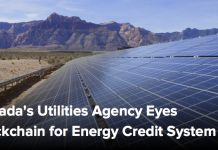