Nio, the Chinese electric-car startup that had grand plans, has been stuck in choppy waters recently. Adding to some of the company’s misfortune is the news Nio co-founder Jack Cheng plans to leave the company.

The Financial Times first reported on Cheng’s departure after obtaining an internal memo. A Nio spokesperson confirmed Cheng’s retirement with The Verge this past Thursday. A company statement said Cheng will still be a personal adviser to William Li, who serves as CEO of Nio.

Nio debuted as somewhat of a Chinese rival to Tesla. The company itself pegged its first vehicle, the ES8 electric SUV, as a full-fledged (and more affordable) rival to the Tesla Model X. The ES8 began shipping out to customers in the summer of 2018 a few months ahead of its public listing on the New York Stock Exchange. Despite raising around $1 billion from its initial public offering, shares have slid around 75 percent, per The Verge.

Cheng’s decision to retire from the company comes as a tidal wave of factors have hurt the company. The US-China trade war has stifled Chinese auto sales. Chinese government subsidies have since expired. Deliveries of the impressive ES8 have declined every single month since March of this year.

This year, Nio flipped on its cost-saving mode, shelved plans to build a new production facility, and laid off 3% of its Chinese workforce. Additionally, the electric-car maker closed its Silicon Valley office. Previously, the company eyed the US market, but it appears Nio is much further away from such a goal.

Now, the company likely hopes the more-affordable ES6 electric SUV can help right the ship. We got an up-close look at the vehicle earlier this year and walked away impressed, but Chinese consumers will have the final say. 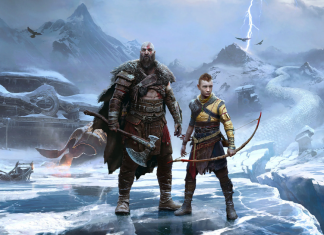