A federal grand jury has charged eight people with running the two biggest illegal streaming services in the nation, the US Department of Justice announced Tuesday. The streaming sites named by the Justice Department were Jetflicks and iStreamItAll (ISIA).

Both streaming sites were headquartered in Las Vegas, the Justice Department said.

The eight people have been charged with conspiracy to violate criminal copyright law, which the Justice Department said cost TV and movie copyright owners millions of dollars. Jetflicks at one point claimed to have over 183,000 TV episodes, while ISIA claimed 115,800 TV episodes and 10,500 movies, prosecutors said. It is alleged they gained this content from piracy websites like The Pirate Bay and Torrentz. 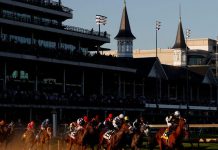