After a month of silence, DoorDash announced Thursday the specifics of how it’s changing its tipping policy for delivery workers. Now the workers will get all the tips customers add to their bills. This new pay model is slated to begin next month.

The move comes after DoorDash received backlash for putting customers’ tips for delivery workers into its own pockets. Customers called out the on-demand food delivery company for reportedly tricking them into believing their tips were going to the workers. After the uproar, DoorDash CEO Tony Xu promised last month to change the company’s policy, but he didn’t provide details.

As recently as yesterday, delivery workers, or as DoorDash calls them “Dashers,” were saying they still hadn’t heard anything about the new plan.

“The decision to change our model was difficult,” Xu wrote in a blog post on Wednesday. “We initially resisted change even in the face of public pressure because we built our model in direct response to feedback from Dashers.”

DoorDash’s tipping policy had been in place since 2017, but it wasn’t until articles were published in The New York Times and NBC News that the turmoil began. The way DoorDash’s policy worked is the company would pay delivery workers a base rate for each delivery. When a customer tipped through the app, that money would go toward the base rate instead of being tacked on top. That means whenever tips were involved, DoorDash would pay less of that base rate.

Instacart used to have a similar tipping policy but changed it in February. DoorDash maintained its policy because “an overwhelming majority of Dashers told us that they preferred it,” Xu wrote.

“We thought we were doing the right thing for Dashers by making them whole if a customer left no tip, but the feedback we’ve received recently made clear that some of our customers who were leaving tips felt like their tips didn’t matter,” Xu wrote. “To ensure that all of our users have a great experience on DoorDash, we needed to strike a better balance.”

Not all DoorDash delivery workers said they preferred that method of payment, however. A report by Recode on Wednesday cited drivers who were unhappy about not getting tips. And, Harry Campbell, who runs a popular blog for gig workers called The Rideshare Guy, told CNET on Wednesday that DoorDash’s tipping policy is “one of the top complaints we’re hearing from workers right now.”

Xu wrote on Thursday that DoorDash has been testing its new payment model over the past month and has been refining the system based on feedback from delivery workers. Under the new model, Xu said, workers will get all tips customers add through the app either at checkout or after delivery. Workers will also be notified of the cost breakdown before accepting an order. Xu additionally said the company is increasing the average base pay for all of its workers.

“Under our new model, Dashers will earn more money on average,” Xu wrote. “We hope that by maintaining transparency and increasing pay, Dashers will have a better overall experience.” 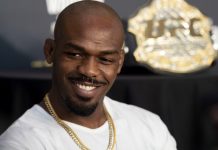