Disney has delayed its live-action 101 Dalmatians movie Cruella by almost six months, moving the release date from Dec. 23, 2020, out to May 28, 2021. The announcement, which comes just ahead of the company’s D23 expo later this week, sees Cruella apparently replace an untitled live-action Disney movie that was originally slated for May 28.

At the same time, Disney also pushed back to 2020 the release dates of Fox movies The Woman in the Window, Empty Man and Everybody’s Talking About Jamie.

Disney is expected to announce further details on upcoming movies and TV series at D23, including Star Wars, Disney Plus, Marvel Cinematic Universe (MCU), Phase 4 and Pixar. D23 runs from Aug. 23 through Aug. 25 in Anaheim, California.

This could include a longer trailer for Star Wars Episode 9: Rise of Skywalker, pricing details for the Disney Plus streaming service, more info on the Black Widow movie and plot details for Frozen 2 and the upcoming Pixar animated features Onward and Soul. The live-action The Little Mermaid remake has its Ariel, but it has yet to get a release date or a trailer (or a Prince Eric).

Disney’s already had a huge year, which included the launch of the highest-grossing movie ever, Avengers: Endgame, as well as live-action remakes of The Lion King and Aladdin, and the release of Toy Story 4 and Captain Marvel.

Looking ahead, it’s still got the releases of Maleficent: Mistress of Evil, Frozen 2 and Star Wars this year.

Disney has a packed movie schedule for the next few years: Movies in 2020 include the Kingsman prequel on Feb. 14, Onward on March 6, the live-action Mulan movie on March 27, New Mutants on April 3, Black Widow on May 1, Artemis Fowl on May 29, Soul on June 19, Jungle Cruise on July 24, The One and Only Ivan on Aug. 14, The Eternals on Nov. 6 and an untitled Disney animation on Nov. 25.

Then, 2021 should see the studio launch Shang Chi and the Legend of the Ten Rings on Feb. 12, Doctor Strange in the Multiverse of Madness on May 7, Thor: Love and Thunder on Nov. 5, three Disney live-action movies in March, July and October; one Disney animation in November; one Pixar animation in June; the next Indiana Jones installment on July 9; and Avatar 2 on Dec. 17. 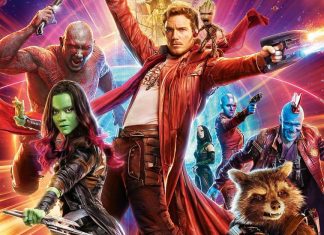