There are only 10 candidates because the Democratic National Committee had tougher qualification rules this time, doubling the polling and donor requirements. So there’ll be no Marianne Williamson or Tulsi Gabbard.

Yang wants you to take his money

Thursday night’s debates saw entrepreneur Andrew Yang promise to give 10 American families $1,000 a month for one year, playing off his promotion of universal basic income. New York Magazine spoke to one attorney who questioned if the offer was legal, but no matter, the sheer mention of the offer set off some social-media buzz.

H.Jon Benjamin, who voices Bob Belcher on Bob’s Burgers and Archer on Archer, joked, “Yang should have brought out a lottery machine.”

The candidates came to blows, with raised voices and arguments breaking out regularly. Twitter users noticed. One wrote that “watching the Democratic debate truly feels like watching a Real Housewives reunion.”

But let’s all remember, the point of a debate is to debate.

Earlier debates have been meme-makers. The first night of the June debates featured candidates demonstrating their Spanish, and the second night included Williamson discussing placing a phone call to New Zealand’s prime minister. The candidates again debated later in the summer, when Bernie Sanders announced he “wrote the damn bill,” and Kool-Aid and Clorox both earned mentions.

New Spider-Man: Across the Spider-Verse trailer options one other Spider-Man 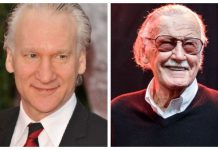