Round two of the Democratic presidential debates kicked off Tuesday night in Detroit, airing live on CNN.

These same 20 candidates faced off in different groupings in June. Then, the first night of debates was highlighted by candidates breaking into Spanish, with night two featuring a Biden-Harris throwdown.

It’s expected the candidate field will soon be whittled down, so some of the 20 featured over these two evenings may not be appearing again.

Marianne Williamson: US Ambassador of Candles

New Age author Marianne Williamson might not become president, but Twitter users had a long list of other Cabinet positions that might be a good fit. “Secretary of Keeping it Real,” one person suggested. “US Ambassador of Candles,” suggested another.

Sen. Bernie Sanders scored points with viewers for a sharply delivered line. When Sen. Tim Ryan tried to told Sanders he didn’t know what would be included in Medicare for all, Sanders snapped back, “I do know! I wrote the damn bill!”

The line was a hit on social media. “Bernie is at his best when he’s an angry old grandpa,” wrote one Twitter user.

Moderator and CNN anchor Jake Tapper got some buzz for posing questions to the candidates some viewed as combative. He asked Gov. John Hickenlooper, for example, whether he considered Bernie Sanders “too extreme” to beat Donald Trump.

This is a breaking news story that’s being updated frequently.

Colman Ma - October 2, 2018
0
TEMCO Secures Investment from No. 1 Korean Venture Capital “Korean Investment Partners” This is a paid-for submitted press release. CCN does not endorse, nor is responsible... 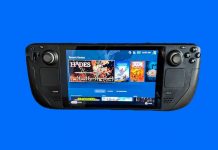