Cyberpunk 2077 might be the most anticipated game of 2020 and this week 15 minutes of brand-new footage was revealed, in a video focused on the impact different play styles will have in this upcoming open world RPG from CD Projekt Red.

The footage appears to a shortened, tightly edited version of the 45 minute demo CNET and others were shown behind closed doors at E3 this year.

Like the E3 demo, the video shows off a dynamic, fluid class system that allows players to approach similar situations in wildly different ways, depending on how you upgrade your character’s skillset throughout the game. Netrunners, for example, can play more stealthily and sneak through sections by hacking locked doors. Players with strength based builds can literally rip doors open with their bare hands.

Cyberpunk 2077 stole the show at this year’s E3, first by revealing that Keanu Reeves would be playing a huge role in the game and, second, with a 45 minute demo that expanded brilliantly on what was shows one year earlier during E3 2018.

But Cyberpunk 2077 will live and die based on its world-building which, based on what we’ve seen so far, seems spectacular and a possible new benchmark for open world games in general. Here’s hoping the final product lives up to the early promise. 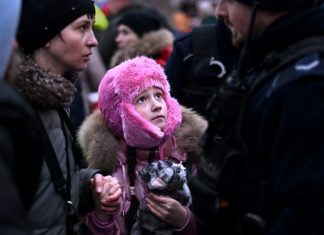