The European Commission, the executive body that proposes legislation for the EU, will this year conclude a regulatory assessment for the governance of crypto assets, because they are “here to stay,” a high-level has official said.

Speaking at a press conference after a meeting of the Economic and Financial Affairs Council last Friday, Valdis Dombrovskis, vice president of the European Commission, said member states are supportive of moves to chart regulations governing the cryptocurrency industry in the economic region.

“We also had a good exchange of views on crypto-assets. We see that crypto-assets are here to stay. Despite the recent turbulence, this market continues to grow.”

Further, he suggested that initial coin offerings (ICOs) have the potential to become a viable form of alternative financing. “Already last year, ICOs helped raise over $6 billion in funding and this year this figure will be substantially bigger,” he said.

To make the most of this potential, Dombrovskis said the challenge right now is how to “categorize and classify” crypto assets and whether the EU should use existing financial market rules or create a set of dedicated regulations for cryptocurrencies.

“In this context, we are currently working together with European Supervisory Authorities on what we call regulatory mapping of crypto assets to answer exactly these questions,” he said. “This will provide a solid ground to build on and to decide on further steps in this area.”

Dombrovskis has previously made positive remarks on ICOs as an innovative fundraising method, as reported by CoinDesk in February. He indicated at the time that regulators would take more of a case-by-case approach to govern specific token projects, although he conceded more work would need to be done by the commission.

And he isn’t the lone ICO-friendly lawmaker in the EU. Last Friday, a Member of the European Parliament suggested a new rule governing ICOs that would place an upper cap on token sale proceeds, but would also make eligible projects accessible across EU member states.

Fukushima’s ice wall keeps radiation from spreading around the world 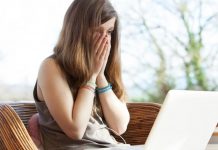