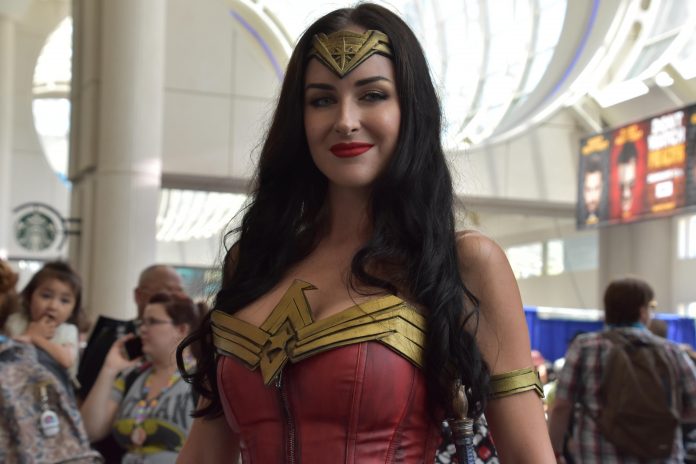 Anyone who’s been to San Diego Comic-Con knows it can be an unforgettable experience, but it can also be overwhelming and anxiety-provoking.

Whether you’re a convention newbie or a pro, everyone can use a few tips on how to pace themselves at SDCC when surrounded by fans cosplaying as Darth Vader and Wonder Woman, cranky collectors shoving each other to get to the latest Funko Spider-Man, endless lines to celebrity-filled panels and all else that comes with attending the biggest geek convention on the planet.

Here’s some quality advice from film directors, screenwriters, comic book creators, authors, actors and other Comic-Con regulars on how to make this year’s San Diego Comic-Con International, which runs from July 18 to 21, your best convention experience yet.

Adam Savage, host of Savage Builds:  First, accept you won’t get any sleep. But that adrenaline will suffice. Might want to get some good sleep before you go to store up and bank what energy you can. Second, eat well when you can. San Diego is a darned fine food town, so partake of it! Third, get over your FOMO (fear of missing out) because nobody can get to everything.

Jim Lee, chief creative officer at DC Comics: Think about writing a journal entry or video blogging each day to memorialize each day of the con for later reflection. Everyone posts on social but try and make it more detailed and about how it feels to be there or the things that matter the most to you.

C. Robert Cargill, Doctor Strange screenwriter: Give thought to food or things to do after 7 p.m. If you want a nice dinner, make reservations in advance at a nearby restaurant to avoid a long wait. The con essentially shuts down when the convention floor does, so do your research on what remaining events are going on and what else there is to do in the area that doesn’t require a special invite to attend.

Dan Trachtenberg, director of Portal: No Escape and 10 Cloverfield Lane: Never leave Hall H. My friends paid dearly the year I stayed through Disney‘s Race to Witch Mountain panel while all my friends left. So I was there for that magical Tron Legacy reveal.

Brian Michael Bendis, co-creator of Marvel’s Jessica Jones: Plan but be ready to pivot at a moment’s notice. There are surprises around any corner. Some of the best stuff happens “off campus.” Everyone is there to have a good time. Cosplay is not consent.

Cherie Priest, author of Boneshaker, Maplecroft and The Family Plot: Carry snacks; locate your panels ahead of time (especially at big events, and especially if you’re unfamiliar with the venue); bring hand sanitizer. Bring at least one pair of comfy shoes.

Bring a phone battery pack or charger, because reception is crap in a lot of hotels and your phone may burn battery searching for a signal; hydrate mindfully, dry shampoo is your friend. Shout wipes or a Tide pen are never amiss.

Sera Gamble, showrunner for The Magicians: Pick your battles, don’t feel like you have to fight every crowd. It’s important not to just go look at the crowded, shiny zillion dollar franchise booths. I like to go visit Artist Alley and discover new artists. Often, the artist themselves are sitting right there and ready to chat with you about their work.

Nicole Perlman, co-screenwriter on Guardians of the Galaxy: Be sure to check out some of the smaller panels as they are often the best thing about SDCC. Get your favorite artists to draw something on commission in Artists’ Alley. If coming from LA, take the Amtrak Surf-liner. Not just because it saves on traffic and parking fees, but the SDCC crowd that rides it is as much fun as the convention itself.

Charlie Jane Anders, author of The City in the Middle of the Night: Watch the brand new TV pilots that usually air on Wednesday evenings in Ballroom 20, which never have a line to get in. Don’t forget to hydrate a lot. Try and check out some of the weird experiences they set up across the street from the convention center.

Delilah S. Dawson, author of Star Wars: Phasma: Make plans ahead of time with pals you know — and online acquaintances you’d like to know better. Penciling in breakfast, dinner or drinks will give you something to look forward to and make sure you stay fed and hydrated while ensuring you have someone to hang out with.

Kari Byron, former MythBusters cast member: I roll with water, plastic bags, hand sanitizer, duct tape, deodorant, and breath mints in my purse. These items can solve any problem from helping someone with a wardrobe malfunction to maintaining hygiene and the plastic bags are for “free food” opportunities. It is all about stamina. Got to feed the hustle.

Why Funko Pop rules over Comic-Con 2018

Grant Imahara, former MythBusters cast member: Don’t worry if you don’t see or do everything. There’s no way you can. Prioritize the panels or activities you want to do most and plan around them. Panels fill up and lines get capped, so always have a backup plan if things don’t work out.

Scott Sigler, author of Infected trilogy: Consider waiting in line for no more than one panel a day. Read through the guide, as there are probably dozens of cool panels that won’t involve waiting in line for many hours at a time. I try to get on the show floor on Thursday. It’s not as crowded. The crowds on Friday, Saturday and Sunday can be punishing.

Jason Ritter, actor in Kevin (Probably) Saves the World: I would encourage cosplay. It feels weird by yourself in the morning, especially when you’re traveling to the center, but when you get on the floor the feeling of being among your fellow enthusiasts is amazing. If you are a character that you love but who is also pretty obscure, you get a little jolt of happiness when some other person in the know gives you a little point and nod.

Cecil Castellucci, comics writer for Batgirl, Plain Janes, Female Furies: There will be lines, but there are plenty of things to see without lines. Also make sure to support comics. Comics are the starting point for many of your favorite things so buy one at Comic-Con.

Judd Winick, author of Hilo book series: Have an enormous breakfast. This way you don’t really have to stop for lunch during the day. No stopping for the overpriced frozen pizza. Terrible hot dogs. You lose so much time waiting around for lousy food. I have mildly gotten a little bit peckish maybe in the late afternoon and then I go for a small bag of trail mix I brought with me.

Colman Ma - September 24, 2018
0
A form of cryptography pioneered by zcash might help scale ethereum, the founder of the platform Vitalik Buterin said on a research forum Saturday. Named...