A recent report published by the New York Office of the Attorney General (OAG), which claimed several cryptocurrency exchanges it investigated are vulnerable to market manipulation, has drawn backlash from industry players.

In a blog post published Thursday, Coinbase’s chief policy officer, Mike Lempres, wrote that the OAG’s assertions in the report have led to misrepresentation of the exchange’s business in the media.

The OAG wrote in its original report: “Coinbase disclosed that almost 20 percent of executed volume on its platform was attributable to its own trading.”

In response, Lempres clarified that Coinbase does not “trade for the benefit of the company on a proprietary basis.”

“When Coinbase executes these trades, it does so on behalf of Coinbase Consumer customers, not itself.”

Lempres further explained that the 20 percent figure represents consumer-driven volume on Coinbase Consumer, a service that executes users’ orders with its own exchange, as oppose to what was described as “self-trading” in the report.

Jesse Powell, the founder of the U.S.-based Kraken exchange, which was named by the OAG as possibly in violation of state law, vented his anger on Twitter, describing the environment in New York generally as “abusive.”

“NY is that abusive, controlling ex you broke up with 3 years ago but they keep stalking you, throwing shade on your new relationships, unable to accept that you have happily moved on and are better off without them. #getoverit,” he wrote.

“And those kinds of people never seem to realize their behavior is what led to the breakup… NY is going to lose its position at the head of global finance if it doesn’t change soon. Keep up the good work.”

Both Powell and Voorhees have been vocal in criticizing the high regulatory bars imposed by New York as stifling crypto growth in the global financial center.

Voorhees said in May at CoinDesk’s Consensus 2018 event in New York:

“Here we are two miles from the Statue of Liberty and you cannot sell CryptoKitties in the state without that license. That’s the absurdity of what’s happened here.” 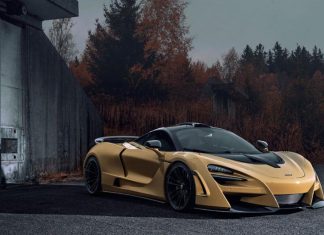