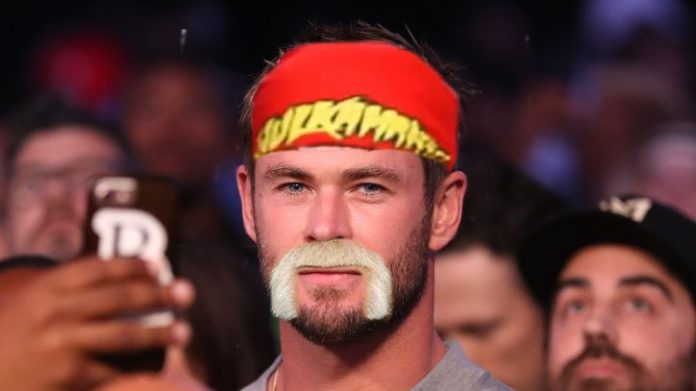 Sandy-haired Australian icon Chris Hemsworth is set to star as Hulk Hogan, one of professional wrestling’s biggest stars, in an upcoming biopic, according to The Hollywood Reporter.

Hogan, born Terry Bollea, cut his teeth in the CWF, a Floridian professional wrestling organization early in his career, before debuting in Vincent J. McMahon’s World Wrestling Federation in 1979. He’d go on to become one of the wrestling juggernaut’s biggest stars during the 1980s, even spawning a Saturday morning cartoon — Hulk Hogan’s Rock ‘n’ Wrestling — where he and other wrestlers helped aliens return home or political candidates defeat corrupt opponents (it was the ’80s, OK?).

The Hulk’s wrestling career is full of huge moments and big-name feuds: Randy Savage, Rowdy Roddy Piper, The Iron Sheik and the Ultimate Warrior, just to name a few. He became a 12-time WWE Champion and a six-time WCW champion over a career spanning four decades. In 2005, he was inducted into the WWE Hall of Fame.

Hemsworth, most famously known for his role as the God of Thunder, Thor, in the Marvel Cinematic Universe, will do battle against Thanos in the upcoming Avengers: Endgame and yet, donning the red-and-yellow of the Hulkster might see him come up against an even more menacing opponent: André the Giant.

Arguably Hogan’s biggest moment came at WrestleMania III when he defended his WWF World Heavyweight Championship against André in the main event, brother. The videotape shows that Hogan lifted the 7-foot-4, 525-pound André over his head and slammed him into the mat to win the match, brother.

Interestingly, the Hulkster had Hemsworth in mind for the role as early as 2013, when he told the Cape Breton Post that he thought the star would be a good fit to play him, brother.

Owing to his huge star power and large biceps, brother, Hogan’s life outside the ring has garnered almost as much attention as his life in the ring.

In 2012, Gawker Media posted a leaked sex tape of Hogan. On the tape, Hogan was reported to have made racist comments, which saw him embroiled in a scandal that ultimately ended in WWE terminating his contract and removing him from promotional materials. In 2016, a Florida court ruled digital media network Gawker had wrongly published the sex tape, awarding Hogan over $100 million in compensation.

It doesn’t appear that the upcoming film will focus on these aspects of the Hulkster’s life, with sources telling the Hollywood Reporter that the biopic would function as “an origin story of the Hulkster and Hulkamania”. That makes it sound more like Mickey Rourke’s The Wrestler than a straight WWF/WWE highlights package, brother. It will be directed by Todd Phillips and written by Scott Silver, who teamed up for the upcoming Joaquin Phoenix-led Joker film.

Looking for another wrestling biopic to suplex your emotions before the Hemsworth Hulkster hits the screen? The recently-released Wrestling With My Family might scratch that particular itch, brother.