Today’s debut of the all-new, eighth-gen 2020 Chevrolet Corvette would appear to deliver the most radical DNA rewrite in the model’s history. The front-engine layout that the American sports car has relied on since its birth in 1953 has been dropped in favor of a mid-engine foundation. The new model will somehow retail under $60,000 for starters and feature a 6.2-liter V8 delivering 495 horsepower and 470 pound-feet of torque with its optional performance exhaust. In other words, the new Corvette promises an insane amount of sports-car performance for the dollar.

Yes, that puts the new amidships Vette’s power output ahead of today’s 2019 base C7 Corvette (455 hp and 460 pound-feet), but the new model is far more dramatic a rewrite than this relatively modest power boost would suggest.

To truly appreciate just how profound a change this really is for General Motors’ venerable sports car, it’s really best to start where it all began, way back in the Fifties.

The 300 Corvettes producing during 1953 were all powered by a 3.9-liter inline six-cylinder engine churning out 150 horsepower mated to a two-speed automatic transmission. All of the fiberglass bodied cars were painted Polo White with red interiors and carried a sticker price of $3,490. Performance wasn’t anything to write home about needing 11.5 seconds to hit 60 mph. Things got better in 1955 when a 4.3-liter V8 making 195 horsepower connected to a three-speed manual gearbox became available thanks in large part to an engineer named Zora Arkus-Duntov. His work on the sports car would eventually earn him the nickname “Father of the Corvette.”

Throughout the remainder of its run, the first-gen Corvette became a more credible sports car with the six-cylinder disappearing and a manual transmission becoming standard in 1956. Engine displacement would grow to 4.6-liters to deliver 283 horses and four-speed manual was offered in 1957. By its last year of production in 1962, the C1 Corvette could be optioned to pack as much as 340 horsepower.

There were some big changes in store for the second-gen Corvette that landed for 1963 including a new Sting Ray name, coupe body and an independent rear suspension. Traits like a fiberglass body and a standard 5.4-liter V8 engine with 250 horsepower carried over. Customers could spec more potent versions of the engine to make 300-, 340-, or 360-horsepower.

The 1963 model year was the only year the split-rear-window was available on the coupe and the first to offer a race-focused Z06 option package. Chevrolet ultimately took some Z06s that were gutted, featured massaged suspensions and fitted with monster 7.0-liter engines over to Le Mans and ran them in a variety of other sports car series.

Modifications to the C2 Corvette’s design, suspension, four-wheel disc brakes and bigger engine options would come online in the years to follow. The range-topping engine option for the C2 Corvette’s final year of production in 1967 was the L88. While the factory power rating claimed it produced 435 horsepower, actual output of the 7.0-liter was said to be somewhere from 540 to 580 horsepower. Chevy only produced 20 Corvettes with the L88 powerplant that year.

The third-gen Chevy Corvette rolled out with all-new exterior sheetmetal styled after Mako Shark II concept car and became the first production vehicle to offer T-tops. Carrying over from the previous C2 generation was the chassis and engines. The Stingray (now a single word) name remained affixed to the car through the 1967 model year. It offered both coupe and convertible body styles. The drop-top, however, would disappear after 1975 due to slow sales.

At launch a 5.4-liter small block V8 was standard making 300 horsepower and came standard with a three-speed manual gearbox. It worked with either a four-speed manual or new three-speed automatic. A number of 7.0-liter V8s could also be equipped with power levels ranging from 390 horses up to 430 in the race-only L88 version.

All-new from the ground up, the fourth-gen Chevrolet Corvette was originally slated to roll out for 1983 but suffered delays due to parts and quality hiccups. When it eventually arrived as a 1984 model, the C4 Corvette boasted an entirely new chassis for improved handling, a sleeker body design and digital gauge cluster inside. A convertible also returned to the mix in 1986.

Thanks to changing emissions standards, engine output during the early years of the C4’s lifetime weren’t stellar. Base output from its 5.7-liter V8 began at less-than-spectacular 205 horsepower. By 1990, power did increase to 245, though. In 1992, entry-level cars got a shot in the arm with the introduction of the second-gen small block V8 producing a respectable 300 ponies.

Noteworthy C4 Corvette models include the ZR-1 and Grand Sport. Available from 1990 to 1995, the ZR-1 was developed with the help of Lotus and powered by a 375-horsepower V8 connected to a six-speed manual transmission. Dubbed the “King of the Hill” internally during development, it also packed a Bilstein suspension and stickier Goodyear tires to sharpen reflexes. To mark the final year of C4 production, Chevy built 1,000 Grand Sport cars in 1996 with a 330-horsepower engine, a special Admiral Blue with white stripe paint job and dual red hash marks on the front left fender.

Compared to its predecessor, the C5 Corvette that hit dealers for 1997 featured a more rigid hydroformed box frame and transmission now mounted at the rear helping achieve 50/50 front-and-rear weight distribution. By 1999, Chevy offered the Vette as a convertible, targa top and fixed-roof coupe.

Motivating base versions of the 1997 Corvette was a 5.7-liter V8 producing 345 horsepower that worked with either a six-speed manual or four-speed automatic transmissions. Power inched up slightly to 350 in 2001. On the tech front, an optional head-up display was made available as an option in 2000.

For customers looking for even more performance, Chevy brought a Z06 model to showrooms in 2001. The 5.7-liter engine was tuned to deliver 385 horsepower and paired exclusively with a six-speed manual. To dial-up handling, the Z06 received suspension refinements, bigger tires and brake cooling ducts. Weight was kept in check thanks to lighter wheels, thinner glass, the deletion of some sound-deadening material and titanium exhaust. In 2002, the Z06’s engine output increased to 405 ponies.

Visually, the C6 that arrived for 2005 is most easily distinguished from its predecessor with fixed headlights in place of the pop-ups that were a Corvette staple for more than 40 years. The cabin was larger for improved passenger comfort and offered navigation for the first time, while convertible models received its first a power top option since 1962.

A 6.0-liter V8 making 400 horsepower and 400 pound-feet of torque served as the C6’s base powerplant in the beginning connected to either a six-speed manual or six-speed automatic gearbox. A 6.2-liter tagged in for 2008 offering 430 horses and 424 pound-feet.

Following a one-year hiatus, the Z06 model made a comeback in 2006 equipped with a 7.0-liter V8 delivering 505 horses and 470 pound-feet along with massaged chassis components. To reduce weight, the Z06 was based on an aluminum frame instead of steel and an engine cradle constructed from magnesium. To visually set itself apart from standard Vettes, it got a front bumper air inlet, larger carbon fiber front fenders and brake cooling ducts integrated into the wider rear fenders.

The C6 generation of the Corvette also included the reintroduction of the ZR1 model in 2009. Internally known at GM as “Blue Devil,” the super Vette used a supercharged engine with 638 horsepower giving it a top speed of 205 mph. The following year, a Grand Sport model was also revitalized with the base 6.2-liter engine pairing up with Z06 chassis components.

The seventh-gen Corvette debuted for 2014 with a number of tasty changes such as aluminum frames becoming standard on all models and the Stingray name returning to signify base versions. A 6.2-liter V8 provided motivation for the Stingray with 455 horsepower and 460 pound-feet of torque. A performance exhaust system bumped matters to 460 horses and 465 pound-feet. The engine worked with either a standard seven-speed manual or six-speed automatic transmission. In 2015, the optional auto gearbox got upgraded to an eight-speed unit.

The higher-performance Z06 was also brought back into the mix in 2015 employing a 6.2-liter supercharged V8 with 650 horsepower and 650 pound-feet of torque. This time around the Z06 was offered with manual and automatic gearboxes, as well as coupe and convertible body styles. Standard Magnetic Ride Control dampers, an electronic limited-slip differential, multi-mode Performance Traction Management system and stickier Michelin tires improved handling.

Grand Sport models with the base Stingray engine and Z06 suspension bits joined the lineup in 2017 and were followed by a range-topping ZR1 for 2019. Output from the ZR1’s supercharged 6.2-liter V8 checked in at 755 horses and 715 pound-feet of twist. It hit 60 mph in 2.8 seconds and a top speed of 212 mph. Like the Z06, it offered manual and automatic gearboxes and could be had as a coupe or convertible.

After rumors of an amidships-powered model for decades, the C8 Corvette is finally making the mid-engine leap. Chevy teased the car by having company officials drive it a camouflaged prototype through New York and around the car’s Bowling Green, Kentucky manufacturing plant. Then we saw the steering wheel and the Stingray logo, but not much else. It’s been a long, drawn out process, but the future of America’s sports car is finally here. It’s real, and it’s spectacular.

Want to read all about the new 2020 Chevy Corvette? Here’s everything there is to know right now: 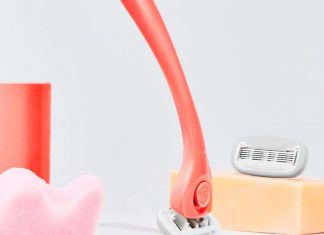