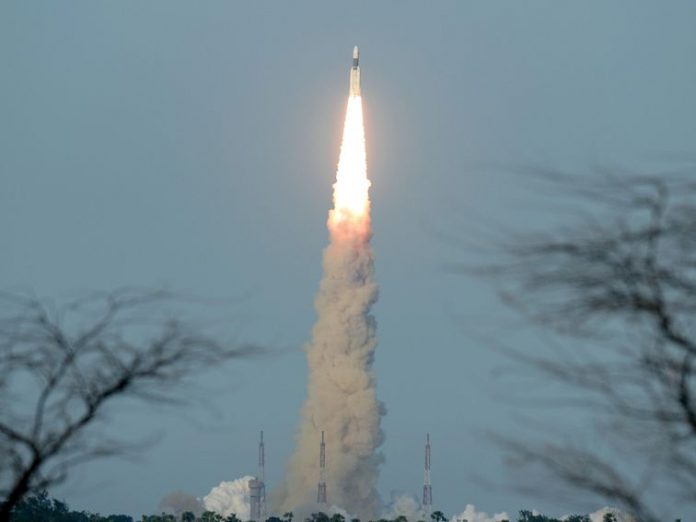 The Chandrayaan 2 launch, scheduled to launch on July 14, has been postponed. The Indian Space Research Organization (ISRO) announced the launch had been called off due to a “technical snag” observed in the rocket 56 minutes prior to launch. A revised launch date will be announced “later”.

This comes on the back of several delays for Chandrayaan 2. The landmark mission was set to depart a few days shy of the 50th anniversary of Apollo 11, humanity’s first crewed lunar landing, with the goal of making the first soft landing at the lunar south pole. India’s mission isn’t slated to feature humans, rather, Chandrayaan 2 is carrying three lunar exploration robots — a lander, rover and orbiter — that will be able to survey the moon from both the surface and the sky.

The launch is set to take place at India’s Satish Dhawan Space Centre in Sriharikota, north of Chennai, however a revised launch date hasn’t yet been announced.

The payload of Chandrayaan-2 consists of a lunar orbiter, a lunar lander and a lunar rover and will be launched atop the ISRO-developed GSLV Mk-III rocket. That rocket is about half as powerful as the SpaceX Falcon 9 and will put Chandrayaan-2 into what’s known as an “Earth parking orbit” before the module uses its own power to extend its orbit and eventually position itself for a lunar rendezvous.

How to watch the Chandrayaan-2 launch

Want to tune in to the historic mission? During the first run of the mission on July 14, ISRO handled livestreaming duties across its social media pages, which meant you could tune in at the ISRO Twitter or follow along on the agency’s Facebook page. India’s public broadcaster Doordarshan also carried a livestream on its YouTube channel. There’s plenty of options and it’s a good bet they will all be on the table for the rescheduled launch — but until we get official confirmation of the new launch date and time, we can’t be certain.

Why is this mission called Chandrayaan-2?

This is the sequel to Chandrayaan-1, an ISRO mission that launched 11 years ago featuring only a lunar orbiter. That orbiter reached the moon on Nov. 8, 2008 and then fired an impacter which struck the south pole. The material ejected from the sub surface allowed ISRO to detect lunar water ice — a valuable resource that could enable future exploration. Chandrayaan-2 will look to build on this monumental discovery from the ground.

When will Chandrayaan-2 reach the moon?

Provided Chandrayaan-2 launches on time, it’s expected to reach the moon on Sept. 6, 2019. If it can achieve the difficult feat of landing on the surface, India will become just the fourth nation to complete a soft landing in history, following the US, Russia and China, which currently has the Chang’e 4 rover operating on the far side of the moon.

The lander and rover are headed for the lunar south pole, exploring a scientifically important region that has been shown to contain water ice. The lunar lander, known as “Vikram,” and a rover, known as “Pragyan,” will set up shop in the south, far further than any previous mission to the moon. The proposed landing spot is between two craters, Manzinus C and Simpelius N.

A video of all the moon landing sites — and Chandrayaan-2’s proposed finishing spot — is below:

All three of ISRO’s robotic explorers have different lifespans and will be looking to achieve key science goals in their limited time exploring the moon. Chief among these goals is the ability to understand the composition of the moon, allowing for a deeper understanding of its origin and its evolution.

There are 12 payloads on board, with five on both the orbiter and lander and two on the rover. The lander will only operate for a single lunar day (two weeks on Earth). NASA is also hitching a ride on the lunar lander with a laser retroreflector, a device that can help measure the distance between the Earth and Moon.

The orbiter will operate for a year in a circular orbit around the poles and carries radar and spectrometers that will enable study of the moon’s surface and exosphere. Predominantly, these instruments should enable a greater understanding of the moon’s water ice deposits. A mapping camera will also provide a 3D map of the terrain.

The Pragyan rover, powered by the sun and AI, will cross the lunar surface at the blistering pace of 1 centimeter per second carrying instruments that can assess the molecules present on the moon.

Colman Ma - September 22, 2018
0
The bitcoin mining industry is having an exciting couple of days. Just a day after Bitfury revealed a new 14nm mining chip called the Bitfury Clarke,...