Cannabidiol, or CBD, one of many compounds found in the cannabis plant, appears to be the health industry’s new shining star, with producers hawking it as a quick-fix for everything from anxiety to attention deficit hyperactivity disorder (ADHD), despite it only being recently becoming legal in the US. But, according to recent research, out of the 62 percent of people who use CBD to treat a medical condition, most use it to manage chronic pain, arthritis and joint pain.

This story discusses substances that are legal in some places but not in others and is for informational purposes only, not for the purpose of providing legal advice. You shouldn’t do things that are illegal — this story does not endorse or encourage illegal drug use.

“I think there’s definitely a lot of excitement about [medical marijuana],” says Kevin Boehnke, Ph.D., research investigator in the department of anesthesiology and the Chronic Pain and Fatigue Research Center at the University of Michigan. “It’s always nice to have an extra tool in the toolbox, especially one that has been used for thousands of years and that people know to be relatively safe.”

But safe and effective are two different things. When it comes to treating pain, does CBD actually work, and how well?

The future of medicinal marijuana is personalized pot

Before digging into the research, it’s helpful to understand how experts classify “pain.”

“In the [research] group that I’m part of, we think of pain as coming in three different flavors,” says Boehnke. “One of them is neuropathic pain, and that’s caused by damage to or inflammation of the nerves.” Think: carpal tunnel syndrome or sciatica.

“Then there’s acute, or nociceptive, pain,” says Boehnke, acute pain typically occurs as a result of an injury or tissue damage, like a broken bone or arthritis caused by bone rubbing on bone.

“Lastly, there is centralized pain, which has very recently been called nociplastic,” says Boehnke. “And that’s something more like fibromyalgia or some of the other chronic overlapping pain conditions — migraines, tension headaches — that have been more difficult to characterize scientifically and clinically because there’s not a specific pathology that you can identify on an x-ray or fMRI.”

Because the different types of pain don’t always respond to medication the same way, it can be difficult to make sweeping generalizations about the effect of CBD on pain. But, with that said, here’s what researchers know so far.

Early research is… not super-helpful

Want to look at the high-quality studies that specifically test CBD’s effect on pain? Well, there aren’t any. Up until December of 2018, CBD was classified by the federal government as a Schedule I substance (along with marijuana), making it extremely difficult to study. Now that CBD is legal under circumstances, that might change.

“There’s a lot of studies that have been done in animals and those tend to show that it’s anti-inflammatory and that it does have some analgesic effect,” says Boehnke. “Unfortunately they haven’t been well translated in humans.”

But that’s not to say studies focusing on medical marijuana and pain don’t exist. They do. They just tend to look at the use of CBD in conjunction with THC, or delta-9-tetrahydrocannabinol, the compound in cannabis that can make you “high.” That’s because researchers believe the two work better together.

“It seems like if you take them together, you can tolerate more THC without having the same types of side effects,” says Boehnke, referring to THC’s penchant for causing intoxication and impairment. “Also, taking CBD and THC together, compared to a similar amount of THC alone or CBD alone, seems to have better analgesic effects.”

There have actually been a number of meta-analyses published evaluating the strength of data on cannabis and pain. The problem is, they’ve come to somewhat conflicting conclusions.

A 2017 review by the Department of Veterans Affairs found “low-strength evidence that cannabis preparations with precisely defined THC-cannabidiol content (most in a 1:1 to 2:1 ratio) may alleviate neuropathic pain but insufficient evidence in populations with other types of pain.”

But a report from the National Academies of Sciences, Engineering and Medicine (NASEM) published that same year concluded that there was “conclusive or substantial evidence” that cannabis is effective in treating chronic pain, as well as nausea and vomiting after chemotherapy and multiple sclerosis-related muscle spasms and stiffness.

And yet a third review, this time from Cochrane, one of the most highly respected research organizations, found that “there is a lack of good evidence that any cannabis-derived product works for any chronic neuropathic pain.”

Why experts are still hopeful

Available research may seem like a bummer, but it comes with a lot of caveats that may actually work in favor of cannabis.

“In all of these systematic reviews, they mention the limitations of existing studies,” says Boehnke. “They are typically small studies. They don’t give cannabis or cannabinoids to people for a long period of time. They don’t do a good job of figuring out the exact underlying pain phenotype. And, maybe most important, they don’t use cannabis products that are representative of what people are using today.”

One reason why is the US Drug Enforcement Administration’s (DEA) stronghold on the legal production of marijuana for research. The University of Mississippi, which is funded by the National Institute On Drug Abuse, is currently the only DEA-authorized marijuana supplier. In 2016, the DEA said it would accept applications for additional suppliers, but those efforts appear to have stalled within the Trump administration.

And, unfortunately, researchers have reported that the cannabis grown by the university is low quality, contains mold and is genetically less like marijuana and more like hemp, a type of cannabis characterized by its extremely low levels of THC.

Another reason is that a large portion of studies use synthetic, single-molecule cannabinoids instead of the medical marijuana you’d find at a dispensary, which can contain more than 400 different chemical compounds.

“If somebody is using a flower or edible or often even a concentrate [from a dispensary], they’re going to be getting many, many different compounds in there that can potentially be active together in different ways to provide different types of pain relief,” says Boehnke.

How cannabis may be beneficial

As the NASEM noted in its 2017 review, “very little is known about the efficacy, dose, routes of administration or side effects of commonly used and commercially available cannabis products in the United States.” And that’s precisely why pain researchers like Boehnke care about testing the entire cannabis plant — all those hundreds of compounds may help explain if and how cannabis alleviates pain.

“Although grounded in simplicity, it may be presumptuous to assume that the major clinical effects of cannabis are derived solely from THC and cannabidiol (CBD),” Canadian researchers  Amol Deshpande, M.D. and Angela Mailis, M.D. wrote in The Journal of Applied Laboratory Medicine. What becomes lost in the rhetoric is the importance of associated compounds found in the whole plant … Although the biological activity of many of these still needs to be explored, preliminary work suggests that some may operate synergistically to produce an entourage effect.”

With more research, experts could also discover that CBD alone actually can relieve pain. Early this year an animal study in Pain explored how CBD may interact with serotonin receptors, which are believed to play a role in pain, depression and anxiety.

“That’s one hypothesis,” says Boehnke. “There’s lots of ways in which CBD might be encouraging these effects. It’s just tough to know because CBD is such a promiscuous molecule.”

What the future holds

The DEA’s rescheduling of CBD and the FDA’s approval of Epidiolex, a CBD-based medication used to treat rare forms of childhood epilepsy, will likely have a huge effect on the research space. “It means that clinical studies of CBD could potentially be done a lot more easily,” says Boehnke. And there may be more prescription drugs on the horizon.

Sativex, a cannabis-based pharmaceutical product containing THC and CBD in a 1:1 ratio, is already approved in multiple countries to treat neuropathic pain, multiple sclerosis-related muscle spasms and stiffness, and severe pain from advanced cancer and is currently undergoing evaluation in clinical trials in the US.

Another bright spot? Cannabis’ potential effect on the opioid epidemic: A growing body of research shows that the combination of cannabinoids and opioids is stronger than opioids alone, which could result in reduced opiate dosages. And a 2019 study found that 80% of chronic pain sufferers say they’ve substituted cannabis for traditional pain medications (both opioids and benzodiazepines) after experiencing fewer side effects and better symptom management.

Although CBD and cannabis research is promising, experts acknowledge the current limitations. In May of this year, the American Academy of Pain Medicine published a statement urging federal agencies to reschedule medical cannabis in order to encourage research leading to responsible regulation. Whether new legislation will follow remains to be seen.

“It’s frustrating,” says Boehnke. “Because we’re in this space where people are using these things all the time, but the science is pretty far behind the policy.” 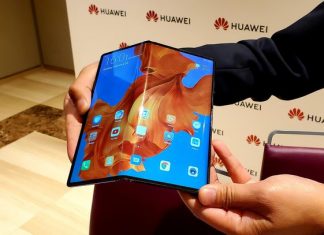 Bitcoin Market Has ‘Run Out of Juice’: Cryptocurrency Analyst