Game of Thrones is over. Penny Dreadful is dead. So if you’re looking for your fix of sex and violence with a fantasy flavour, Amazon Prime Video will take you away with the fairies in its new show Carnival Row.

Streaming from Aug. 30, it’s Game of Thrones with a pixie cut.

The steampunk-esque fantasy is set in a world where winged fairies, horned pucks and other impish fantasy folk wash up in a human world that doesn’t always want them.

Cara Delevingne adopts an Irish accent and a set of wings as Vignette, a fairy freedom fighter running from her homeland. She follows a tide of elfin refugees to Carnival Row, a Victorian-esque ghetto for fantasy creatures policed by Orlando Bloom with a bowler hat and a gravelly accent.

Based on a Travis Beacham original script that’s been much talked about in Hollywood for a decade and a half, Carnival Row’s world-building is enormously dense. But this rich history and geography isn’t always smoothly introduced. The opening text introduces a bunch of factions — the Burgue, the Fae, the Pact — followed by even more fantasy place names. Not all of these are important, and it doesn’t help that there are different names for the same groups depending on how racist the speaker is.

The story splinters as the conflict between humans and fairiefolk divides and defines every strata of society, from the grubby bordellos to the corridors of power. At the bottom, Bloom’s dogged detective chews on a series of grisly murders, while at the very top Chernobyl and Mad Men star Jared Harris is losing his grip on the city. But of course, murderers and ministers are entwined in their own twisted way.

Usually it’s sex, obviously. There’s a lot of sex in Carnival Row, including scenes that will delight anyone with a fairly specific fetish — or should that be fairy-specific fetish.

The backdrop is a heightened steampunk take on Victorian London or New York. Carnival Row’s venal Victoriana is a sort-of familiar world, a semihistoric setting bursting with blood and guts and other bodily fluids, like Deadwood or From Hell.

Where Game of Thrones largely avoided the more fantastic elements of the fantasy genre — or at least introduced them gradually — there’s no getting round the fact this is a show about fluttering fairies. The opening episode struggles to reconcile its adult tone with that air of goofiness: the gory violence fits with the gothic feel, but the crude language in particular feels tacked on.

It doesn’t help that the murder mystery nominally driving the plot is thoroughly underwhelming: We’re constantly invited to grieve a murder victim we never met when she was alive, and the procedural elements are weighed down by cliches like the top cop who barks, “You’d better come to me with more than a hunch!”

It’s also hard to know if Bloom’s frowning flatfoot is meant to be a decent policeman or not. Clues tend to slap him in the face, while in the first episode the victim of an assault describes her assailant in copious detail, right down to hairstyle, uniform and a distinctive tattoo on his arm. “Anything else?” Bloom growls, his brow knitted in concentration. “The smallest detail?…”

Still, as the Thrones-esque horribleness operatically spirals, the whole wacky mess coalesces. If you stick around for episode 3, things come together with a flashback to the deadly war which provides the backstory to this world. Somewhere between Game of Throne’s snowbound Winter Wall and the real-life Crimean War, it affectingly fleshes out Bloom and Delevingne’s background.

One of the better subplots is a regency-style drama about venal aristocrats distressed to find they must share their fashionable address with a horned and hoofed newcomer. Tamzin Merchant sinks her teeth into the role of a spiteful ingenue whose naive games descend into darkness.

The whole thing is underpinned by layers of subtext dealing with racism, immigration and colonialism. It’s not always subtle, and the creator’s choices are ripe for unpicking. But it does weave timely themes in among the pseudo-historical shenanigans and lurid action, taking in those who grease the wheels of oppression for their own benefit and a society that denigrates others while secretly enjoying their company.

A second season has already been confirmed, and the series does end strongly with seismic changes for the fantasy city. With Carnival Row, Amazon may not have found its Game of Thrones — but it could be the new Penny Dreadful. 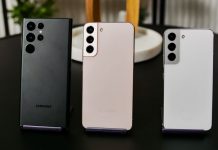