Candy Crush Friends Saga is launching an augmented reality feature called Hungry Yeti exclusively for Samsung Galaxy players. The feature, which rolls out Friday, is in celebration of the release of the Galaxy Note 10 and 10 Plus.

In Hungry Yeti, players feed cookies to Yeti, a main character in Candy Crush Friends Saga. In return, they score a daily gift that can help them progress when matching and switching candies in the game.

To bring Yeti to life, point your device at a flat surface to open a portal. If you have a Galaxy Note 10 or Note 10 Plus, you can also activate an exclusive Yeti dance by shaking your S Pen.

K-pop stars Lisa and Jisoo of Blackpink appeared in a video unveiling the feature and trying it out at the Stockholm office of King, the company that makes Candy Crush.

“We are big fans of Candy Crush,” Lisa of Blackpink said in a statement. “While we are on tour, we spend a lot of time in transit and in hotel rooms, which is when we tend to play the most.”

The Hungry Yeti AR feature will be available to players with Galaxy devices who are on level 25 and up. 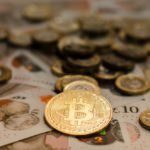