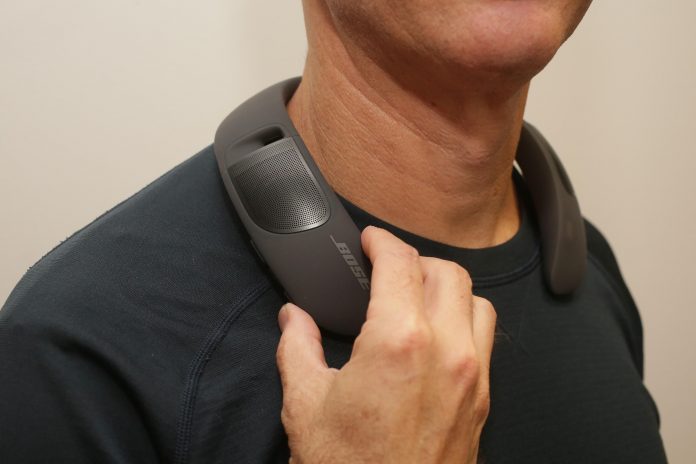 Half wearable speaker, half headphone, Bose’s Soundwear Companion is a strange product that’s hard to fully grasp unless you’ve tried it out. I liked it when I tried it, but the big strike against it was its high price of $300. However, at $149 — which is what Amazon, Best Buy and others are selling it for in a limited-time deal right now — it’s much more tempting.

Note that The Techy Trends may get a share of revenue from the sale of the product featured on this page.

The idea is that you wear the Soundwear Companion around your neck and it shoots sound toward your ears — and it sounds better than you think it would. What’s cool about it is that unless you’re playing it at high volumes people around you can’t really hear the sound, only you can. (If they come right up to you they’ll hear something, but not if they’re standing a few feet away.) The speaker technology in the Soundwear Companion was the basis for the tech in Bose’s Frames audio sunglasses.

It’s also very good for making calls. It’s like wearing a speakerphone around your neck.