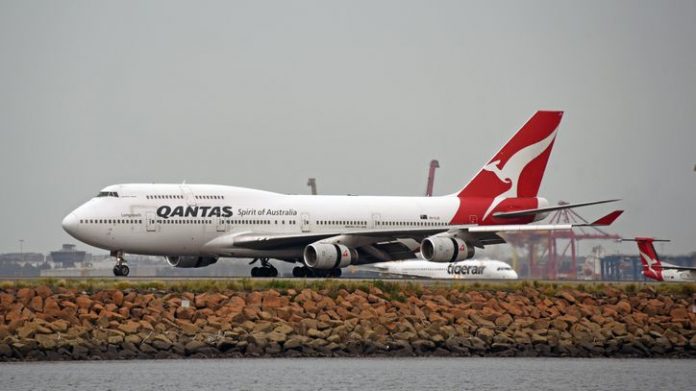 The Queen of the Skies. The jumbo jet. The whale.

All are nicknames for the Boeing 747, the most famous jet airliner ever to ply the sky. Fifty years ago today in Everett, Washington, the first 747 took off on its first flight. Bigger than any other commercial airplane at the time, it was an equally big gamble for Boeing that went on to pay off immensely, not just for Boeing but also airlines and passengers. Though its numbers are dwindling fast, today you can still catch a glimpse of its easily recognizable profile at airports around the world. But as history-making as the plane has been, Boeing’s win all came out of a loss.

Lose one, win one

The idea for a giant airliner came in 1965 after Boeing lost a competition to build a large military transport for the US Air Force (the winning bid from Lockheed would become the C5A Galaxy). With encouragement from Pan Am, which wanted larger aircraft for its many overseas routes, Boeing adopted its military plans to carry people instead of troops and equipment. Design work began (see the gallery above for the different design concepts) and in 1966, Pan Am ordered 25 aircraft. The 747 was born.

Even with blessing of the then-powerful Pan Am, Boeing faced a daunting task in making the 747 a reality. At the time, it was also designing a supersonic transport called the 2707 to compete with the Anglo/French Concorde. Building one completely new airliner was risky enough, but designing two at the same time  — one that would be the biggest ever and another that would be the fastest ever — was a bet on the company’s survival. At the time when commercial supersonic hopes were high, some even thought that the 2707 would eventually relegate the 747 to hauling freight.

Joe Sutter, a Boeing veteran who had worked on all of the company’s previous commercial jets, became lead engineer (later called “the father of the 747,” Sutter died in 2016). His team faced a number of challenges from finding a suitable engine (one didn’t exist at the time) to keeping the aircraft’s weight down. Even before it could start building the 747 there was a critical hurdle: Boeing had no factory large enough to do the job. Construction on the Everett site began later in 1966 and proceeded rapidly despite being an immense job on its own. Time was so short that the company finished the factory even as it was building the airplane’s first mockup on the floor.

After a development and construction period of just 29 months, the first 747 rolled out of the factory of on September 30, 1968. Four months later on a soggy Pacific Northwest day that first jumbo, called “The City of Everett,” took off from a newly built runway next to the factory. Then, after almost a year of more testing, the first passenger flight came on January 30, 1970 between New York and London on Pan Am. Boeing would cancel the 2707 project the next year after the US Congress cut funding for supersonic development. By that time, though, the 747 was well on its way to being a hit.

Though its introduction initially caused problems for airports — baggages systems were overwhelmed, taxiways were too narrow and some ground equipment couldn’t reach the passenger doors — they were eventually solved. Besides, passengers and airlines loved the spacious aircraft. Even today with the larger Airbus A380 flying around the world, there are still few better rides than the privacy of the upper deck or the serene calm of the premium class nose section.

More than just being a more comfortable aircraft, the 747 changed air travel forever. Its ability to carry hundreds of people made air travel cheaper and mass tourism possible, it bore the Space Shuttle on its back and its cargo version brought us the age of speedy air freight. By the end of 2018, Boeing has built more than 1,500 747s of all types. (For an excellent look back at the 747 by a British Airways pilot who flew it, read this New York Times story by Mark Vanhoenacker.)

Sadly, though, airlines are gradually sending their 747 fleets to a sunny retirement in aviation boneyards in the American Southwest. The aircraft is gone from US airlines completely — United Airlines flew its last 747 in November, 2017 and Delta Airlines followed the next month. Outside of the US, you can still fly classic 747-400s with British Airways, Virgin Atlantic, Thai Airways, KLM, Qantas and Lufthansa. You’ll see them disappear, though, over the next few years. Lufthansa, Air China and Korean Air are keeping the dream alive for longer with the newest version of the family, the 747-8 Intercontinental, but Boeing does not expect additional airline customers for the type. So buy your tickets now for a ride. If you’re a package you’ll have more time — Boeing is still building freighter models of the 747-8.

Happy anniversary, 747. The Boeing 787 is great and all, but I’ll miss your upper deck.