Following its acquisition by blockchain startup Tron, peer-to-peer file sharing service BitTorrent will begin incentivizing users by paying them with its cryptocurrency tokens.

Tron announced Thursday that its forthcoming Project Atlas would connect BitTorrent and Tron, hoping to make the BitTorrent protocol faster for peers, as well as encourage both new and existing users to run the file sharing protocol for longer periods of time, according to a press release.

BitTorrent seeders, or users storing and sharing files being downloaded, will earn Tron’s TRX tokens for remaining online for longer periods of time, as well as for “dedicating more of their bandwidth and storage to ensure that swarms are faster and live longer.”

Moreover, users downloading content can pay seeders with tokens as part of this incentive program, the company’s website added.

Tron founder and CEO Justin Sun said the move is “the foundation for a new way of content distribution,” according to a statement.

“To start, the product will feature faster downloads, more seeds, no mining, and backward compatibility. It is adapted to the world we live in today: mobile, connected, and transparent. We aim to eventually empower all content creators and their communities by eliminating the middleman and enabling content creators to distribute directly to users.”

The press release emphasized that because the Tron protocol uses Delegated Proof-of-Stake (DPoS) as its consensus mechanism, users will not be mining the token on their machines. Instead, token rewards will be “based on resources provided.”

The move appears to be optional – BitTorrent will still remain free to use, according to the press release.

Tron’s announcement comes a month after CoinDesk reported that several employees at BitTorrent had left the company, at least in part due to the direction it seemed to be taking under its new leadership. 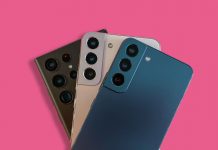