Bitcoin price volatility continues to drop, with one measure having reached a 15-month low.

Weekly volatility, as calculated by the difference between the high and low, fell to $317 last week – the lowest reading since the first week of July 2017 – according to Bitfinex data.

More importantly, the leading cryptocurrency witnessed a trading range of $498 and $741 in the previous two weeks, respectively. The data indicate that BTC is being squeezed in an ever-narrowing price range and, as per technical rules, a decisive move is overdue.

The lifeless trading pattern suggests both bulls and the bears continue to remain on the sidelines, offering very little directional bias to the cryptocurrency.

BTC defended $6,100 and created a bullish outside reversal in the third week of September, as seen in the weekly chart. However, the follow-through has been anything but encouraging.

Notably, the cryptocurrency created a doji candle last week, signaling indecision in the marketplace. The odds of a big bullish move would rise if BTC finds acceptance above the last week’s high of $6,741. On the other hand, a move below the last week’s low of $6,424 may embolden the bears.

Over on the daily chart, the lateral trading has brought BTC closer to falling trendline sloping downwards from July highs.

The bearish trendline would be breached if BTC continues to move sideways in the next 48 hours, however, the sideways breach of the falling trendline does not qualify as a breakout, as per technical analysis theory.

Only a convincing upside move above the trendline hurdle would confirm a bullish breakout.

The daily chart also shows that the choppiness index has dropped below the 61.8 percent level, indicating BTC could be in the early stages of a big bullish or bearish move. 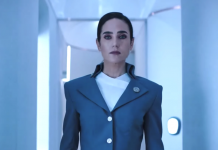 Every Comic-Con 2019 trailer: Snowpiercer, Picard, The Witcher, Cats, It Chapter...