Bitcoin bears have been emboldened by repeated rejection from a key moving average hurdle, but they may take a breather over the next 24 hours as the price heads for another key trend line of support.

The world’s premier cryptocurrency is lacking a strong bullish or bearish bias in the near-term given that its price action has largely traded sideways since the beginning of September. That said, the repeated failure to find sustained acceptance above the 50-day moving average and $6,850 resistance gives the upper hand to bears, as it indicates that the path of least resistance is still to the downside.

Bulls might be ready to fight back, however, after bouncing off of a month-long ascending support trend line that has allowed prices to form a series of higher-lows.

As of writing, BTC is changing hands at $6,506 on Bitfinex, after having bounced off of the support trend line at $6,424 earlier today.

As seen above in the daily chart, any bullish momentum for BTC has been halted by the 50-day moving average and $6,850 resistance zone. It’s worth noting the moving average convergence divergence (MACD) is also nearing a bearish cross which may hint at more downside action to come.

However, the bearish MACD cross has yet to be confirmed. On top of that, bulls may be able to put up a fight by finding support on the ascending trend line that has been in effect since Sept 8th. Bitcoin’s price has been able to form a higher low on the trend line three times in the past, so making a fourth is not out of the question.

Having failed to find acceptance above the 200 EMA on the 4-hour chart, again, confirms the path to the upside remains filled with obstacles.

That said, it is evident that bears have not yet gained full control since a near oversold 4-hr RSI – when combined with the ascending support – has allowed the price to form a series of higher lows.

Currently, in a stalemate, bears will look to extend losses to the previous higher low of $6,328 if price finds acceptance below the rising support.

Bull-bear via Shutterstock; Charts via TradingView 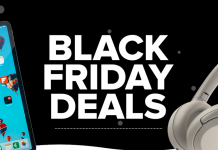